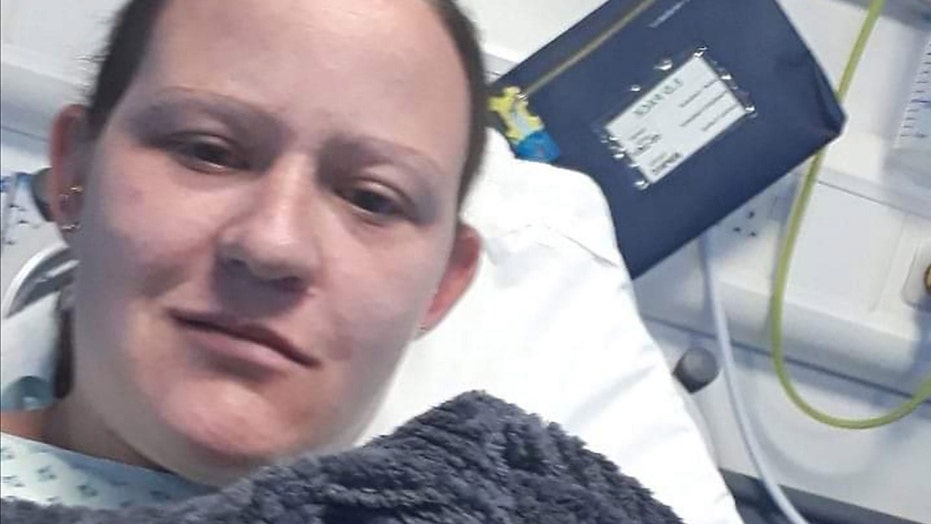 A mother in England reportedly spent three days in a coma after she unknowingly drank a diet soda and suffered a severe allergic reaction to the ingredients. Elizabeth Perkins, who claims she ordered a regular soda at her local pub, has a severe allergy to aspartame which is commonly found in diet sodas, according to Caters News Agency.

TEACHER PENNED OWN OBITUARY BEFORE CANCER DEATH, TOLD FRIENDS TO 'LET GO OF THE INSIGNIFICANT THINGS'

Perkins claims she stressed to the bartender that she wanted a regular soda, but said she could tell from the first sip that something was off. Perkins told Caters News Agency that the room went dark, and she woke three days later in the hospital.

Perkins said she could tell from the first sip that something was wrong. (Caters News Agency)

“I don’t think people realize what a big difference something like that makes, and since the sugar tax, fewer and fewer places are serving the full-fat drinks,” Perkins told Caters News Agency, adding that her two sons share her allergy. “Some people automatically give you the low-sugar or sugar-free versions but for me, that mistake could be fatal.”

The sugar tax means manufacturers in the U.K. must pay a tax on high-sugar beverages, similar to legislation in Mexico, France and Norway.

Aspartame is approved by the FDA, WHO, American Heart Association, United Nations Food and Agriculture Organization and American Dietetic Association for human consumption. However, according to HealthLine people who have phenylketonuria (PKU) should avoid consuming aspartame. People with PKU aren’t able to properly process phenylalanine, making aspartame highly toxic.

Perkins said she and her two sons, who share her allergy, feel like they are being penalized by the sugar tax. (Caters News Agency)

Additionally, according to a review published in JAMA Internal Medicine, an allergic-type reaction to aspartame may cause swelling of the lips, tongue and throat, urticarial, skin eruptions, itching, the aggravation of respiratory allergies and possibly the swelling of the salivary glands.

Research is exploring a link between the artificial sweeteners and a range of ailments, including seizures, cancer, Alzheimer’s disease and multiple sclerosis, but is so far inconclusive, according to HealthLine. It’s not clear if Perkins suffers from PKU or any other ailments, but she said the sugar tax feels like her family is “being penalized.”