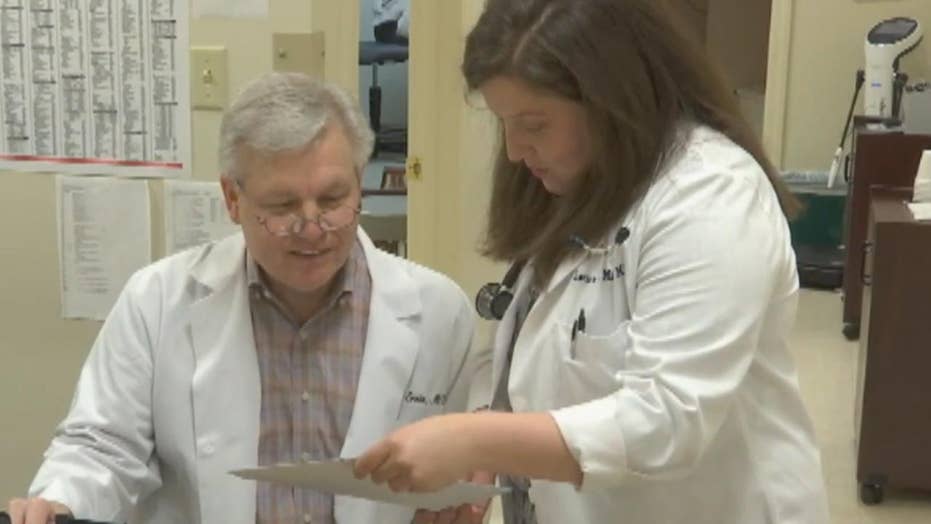 In a state that ranks last in overall health care, politicians and doctors in Mississippi are implementing programs to handle a physician deficit.

A state-sponsored program provides scholarships to medical students for up to four years. As of April 2017, 11 doctors have graduated from the program and 25 more are expected to begin work this summer. The Mississippi Rural Physicians Scholarship program was created in 2007 with the goal of training homegrown physicians to provide care for those in small towns.

Wahnee Sherman, the executive director of the scholarship said the program was modeled after a similar initiative in Alabama, but  noted that program does not have a scholarship component. The Mississippi Academy of Family Physicians and Mississippi State Medical Association were instrumental in lobbying the state to the cause.

'SOMETHING WASN'T RIGHT': WHEN AN INFECTION AFTER SURGERY ISN'T WHAT IT SEEMS

The Magnolia State has 102.3 primary care physicians (PCPs) per 100,000 people compared to the national average of 145.3 which is among the top three lowest rates in the nation, according to a report. Another contributing factor is the limited number of training facilities in the state. Mississippi has one major academic science and research center. A second medical college focused on osteopathic medicine opened in 2008.

Sherman noted that it takes quite some time to “grow” a doctor and hopes to see definitive results in the next couple of years.

A scholarship recipient could receive $30,000 per year for medical school but must be a resident of Mississippi and attend school in the state. After completing the program and graduating, the new doctors must commit to working in a rural area for each year they received the scholarship.

Laura Miller is one of the 11 doctors who have started working in rural Mississippi. She is a family physician in Crystal Springs, which is a town of about 5,000 residents according to U.S. Census data. Miller grew up in the area and wanted to work near her hometown as a family doctor.

“I knew from the beginning I was going to do family practice and planned to return to my hometown or close by,” Miller said. “So the program was perfect for me and I joined from the inaugural class.”

Miller also noted the shortage of primary care physicians in some parts of the state particularly the Mississippi River delta region. In 53 out of 82 counties, residents must drive 40 minutes or more to see a doctor for specialty care, according to the University of Mississippi Medical Center (UMMC).

For patients who live in small towns it makes all the difference being able to get to a doctor nearby. Deborah King owns a flower shop in downtown Crystal Springs and has children who grew up with Miller. She says if she had to drive a long distance to get care, she would probably hold off on seeking treatment.

“We are very thankful to have them,” King said. “They are part of the community [and] they believe in the people and they know what they need.”

Public health and education is also part of improving health care said Mohammad Shahbazi, the interim dean of Jackson State University School Public Health. Shahbazi said more needs to be done to connect those who treat patients and people who work to educate the public about health.

“For too long we have been focusing on diagnosis and treatment and less focus has been on prevention,” Shahbazi said. “Going forward if we want to change this picture in the state of Mississippi, we have to perhaps meet somewhere in between.”

OPIOID USE COMMON EVEN AFTER MINOR SURGERY

Shahbazi detailed a pilot program aimed at connecting community health workers, doctors and hospitals in Amite County, Mississippi. He describes the connected system as a means for local health workers to follow up with patients after a doctor’s visits to ensure their overall health improves rather than treating patients when they become sick.

Despite low national health rankings and problems with access to care, the state has received an "A" rating from the American Telemedicine Association. UMMC operates more than 35 different telehealth programs aimed at treating rural patients. Clay Chandler a spokesperson for Governor Phil Bryant said the state will continue to add doctors in the near future.

“Gov. Bryant has made it a priority since his first day in office to make Mississippi a global model of healthcare innovation and delivery,” Chandler told Fox News in an email. “He understands there is still work to do, but with initiatives like the Rural Physicians Scholarship Program, Mississippi’s setting the standard in telehealth and the growth of Health Care Industry Zones, he is confident the state’s medical workforce will continue to grow.”

Bryant has thrown his support behind the program and is expected to sign legislation that will provide state funds to support residency programs at family medical centers and rural clinics.