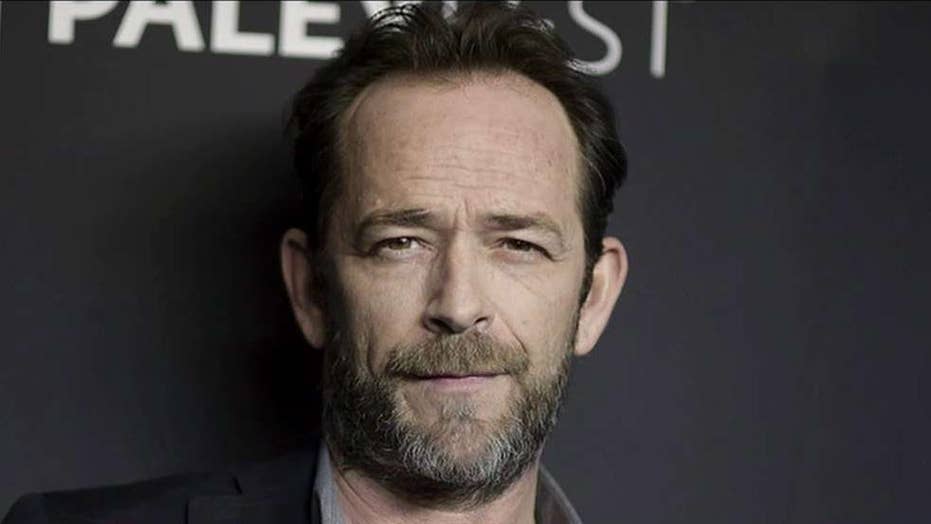 Dr. Marc Siegel on the symptoms, causes and dangers of strokes

Actor Luke Perry's tragic death on Monday following a "massive stroke" at age 52 has physicians warning that the disease affects more than just the elderly.

"Although stroke often affects older individuals, it is not only a disease of the elderly. Luke Perry's tragic death highlights the fact that stroke can affect middle-aged and young adults, even children,” Mitchell S.V. Elkind, the chair of the American Stroke Association Advisory Committee, which is a division of the American Heart Association, said in a statement Monday. “In fact, there is evidence that stroke rates among young people are increasing in the United States and this requires additional research.”

While it's not clear what type of stroke the beloved "Beverly Hills, 90210" star suffered, the Centers for Disease Control and Prevention (CDC) says nearly 90 percent of all strokes are ischemic strokes, or when a blood clot prevents blood flow to the brain. Though the risk of suffering a stroke typically increases with age, a 2013 study found that roughly 15 percent of all ischemic stroke “occur in young adults and adolescents.”

A stroke can also occur when a blood vessel ruptures and blocks blood flow to the brain. This is known as a hemorrhagic stroke.

“While we don't know the cause of Perry's stroke, it's important for people to know the risk factors for stroke,” Elkind added.

These risk factors typically include smoking, high blood pressure, diabetes, high cholesterol, obesity and  “other cardiovascular diseases such as atrial fibrillation,” the association said in the statement. Face drooping, arm weakness and speech difficulties are all signs of a stroke, which is the second-leading cause of death worldwide.

Maintaining a healthy diet and weight, staying active, limiting alcohol intake and not smoking are all ways to prevent a stroke, according to the CDC.

Perry isn’t the only celebrity who suffered a stroke at a younger-than-expected age. At just 20 years old, “Parks and Recreation” star Aubrey Plaza, now 34, also had a stroke, telling the Guardian in 2016 it caused her to lose her ability to speak for a period of time.

“Things take on a different meaning when death comes so close,” she said at the time.

Perry, who recently played Archie Andrews’ father Fred on the hit teen drama “Riverdale,” died less than a week after he suffered a stroke at his California home and was transported to a hospital.

"He was surrounded by his children Jack and Sophie, fiancé Wendy Madison Bauer, ex-wife Minnie Sharp, mother Ann Bennett, step-father Steve Bennett, brother Tom Perry, sister Amy Coder, and other close family and friends," a rep for Perry told Fox News following his death. "The family appreciates the outpouring of support and prayers that have been extended to Luke from around the world, and respectfully request privacy in this time of great mourning. No further details will be released at this time."