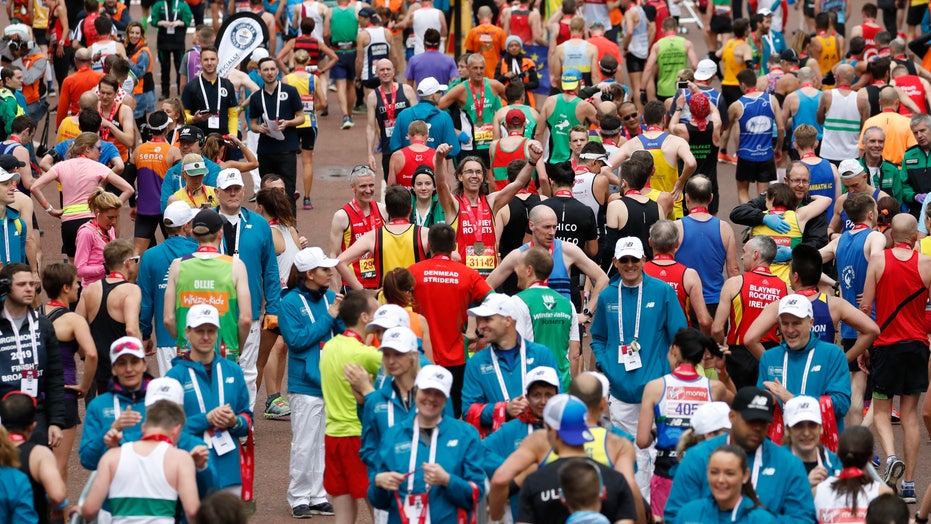 Runners competing in the London Marathon allegedly endured taunts about weight and speed while completing their 26.2 miles last Sunday, an official race pacer claims. Liz Ayres, who paced runners to finish in 7.5 hours, claims contractors and volunteer marshals were the worst offenders as she led her group to the finish line.

“I had runners that were crying — ones saying they were going to go home and quit,” Ayres told the BBC.

Ayres even claimed that as early as three miles into the race, the water stations along the course had been packed away, and that one runner was injured by a cleaning solution used by crews who allegedly told the group to “hurry up” so that they could clear the streets quicker. She told the news outlet that the pacer leading runners to finish in 6.5 hours experienced similar taunts.

“If you look at the timings of people who finished, that means about 1,000 people were affected. That’s almost one in every 40 runners,” she said.

Another runner who finished in 8.5 hours said it was discouraging to see the course being broken down around him.

“We work hard to provide the best possible experience for every runner in the London Marathon and we were very sorry to hear about the experience of Elizabeth and a small number of other runners on Sunday,” Hugh Brasher, the marathon’s event director, said, according to the BBC.

“A senior member of our team called Elizabeth yesterday to find out more and we are now looking into this detail as part of a full investigation. We’ll be talking to the people involved to find out what happened and we’ll also be contacting the runners who were in the group being paced by Elizabeth.”

Sunday marked the 39th running of the London Marathon, which saw over 42,000 people cross the finish line.