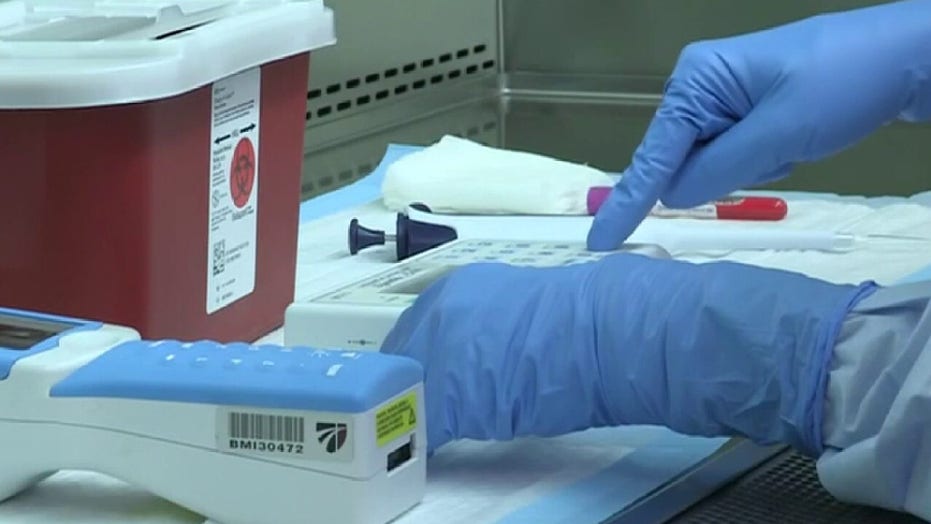 Dr. Siegel: Coronavirus more contagious than the flu but can be treated

Fox News medical contributor Dr. Marc Siegel reports on what he's learned from the University of Nebraska Medical Center where patients are being treated.

Iran’s vice president tested positive for the novel coronavirus days after the country’s health minister was also struck down by the illness that has killed 26 people in the region, marking the highest number of fatalities to occur outside of mainland China.

Iranian Vice President for Women and Family Affairs Masoumeh Ebtekar is now among the 254 cases reported in the country, which has seen a spike in illnesses over the last several days. Ebtekar, a spokeswoman for the 1979 hostage-takers who seized the U.S. Embassy in Tehran, is reportedly self-isolating at her home.

Information on the first coronavirus case in the country and exactly how many fatalities there have been is being met with worldwide skepticism after an early report citing a Qom lawmaker claimed that 50 people had already died.

The death rate among Iranians is much higher than elsewhere in the world, where over 83,000 cases have been reported across at least 47 countries. The country's efforts to contain the virus have also come under question.

Officials have gone so far as to ask people not to travel to Qom, and prayers in Tehran and other cities have been canceled. Cities have closed schools and Iranians are being urged to stay home if sick and to avoid shaking hands, but officials have stopped short of quarantining any regions or restricting travel.

“We have no plan to quarantine any district or any city,” Iranian President Hassan Rouhani said, according to BBC News. “If an individual has early symptoms, that person must be quarantined.”

Rouhani also took a swipe at the U.S. on Wednesday and said that it was trying to spread fear about the virus as several of Iran’s neighboring countries shut joint borders and banned flights over the outbreak.

“We must not let America to add a new virus to the coronavirus by halting our social activities by spreading tremendous fear,” he said, according to Reuters.

On Thursday, WHO chief Tedros Adhanom Ghebreyesus said the rapid spread in Iran, Italy and South Korea “demonstrate what this virus is capable of.”

“This virus is not influenza,” Tedros said. “With the right measures, it can be contained.”

Iran’s health ministry spokesman Kianoush Jahanpour said new labs were continuing to conduct tests and that the number of cases could be expected to spike in the coming days. Thursday’s tally represented a 100 case jump from the numbers reported on Wednesday.