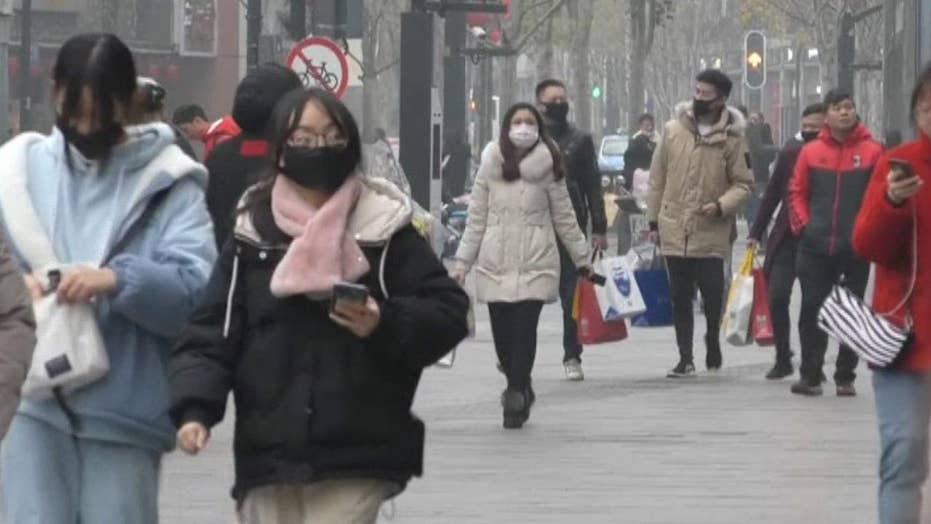 Health officials around the world are keeping an eye on the outbreak of a new pneumonia-like virus that has killed at least six people and sickened some 300 others since it was first reported in China at the end of 2019.

Officials with the Centers for Disease Control and Prevention (CDC) and the U.S. Customs and Border Protection (CBP) announced “enhanced health screenings” at several major U.S. airports for passengers arriving from or traveling through China's Wuhan province.

Hundreds of people have been infected by the virus. The first case of coronavirus in the United States was confirmed Tuesday in Seattle, after a man arrived home last week -- before the airport health screenings were announced.

Staff in biohazard suits hold a metal stretcher by the in-patient department of Wuhan Medical Treatment Center, where some infected with a novel coronavirus are being treated, in Wuhan, China, on Tuesday. Heightened precautions were being taken in China and elsewhere Tuesday as governments strove to control the outbreak of the coronavirus, which threatens to grow during the Lunar New Year travel rush. (AP Photo/Dake Kang)

What is the disease?

Coronaviruses are a family of viruses named after their appearance, a crown, said Dr. Mark Rupp, an infectious disease expert at the University of Nebraska Medical Center.

SARS began in China and infected some 8,000 people during a 2002-2003 outbreak. Approximately 770 people died after it spread to other cities and countries.

"This is the third kind of novel coronavirus that we're having experience with that can cause lower respiratory tract disease," Rupp said Tuesday.

In some rare cases, the virus can be transmitted from animals to humans but are typically transferred during contact between humans, according to the CDC.

What are the symptoms?

Common symptoms include headaches, a runny nose, fever, sore throat and cough. Human coronaviruses can result in lower-respiratory tract illnesses such as pneumonia or bronchitis, according to the CDC.

Symptoms for SARS and MERS are much more severe than for common coronaviruses. Both cause respiratory problems. Those infected with MERS may also feel fatigued, experience shortness of breath and could develop kidney failure.

About three or four out of 10 people that were reported to have MERS have died, according to the CDC.

How is the virus spread?

Coronaviruses are commonly spread through the air by coughing and sneezing or personal contact such as shaking hands or touching. Another way the virus is spread is through touching objects with the virus on the surface and then touching yourself.

People in the U.S. typically get infected during the fall and winter months but it is not uncommon for infections to occur in the spring and summer.

How to treat it?

There is no vaccine for human coronaviruses, and most people will recover on their own. A room humidifier or hot shower can relieve a sore throat and cough, the CDC says. Mildly sick patients should drink liquids and rest as must as possible.

Worse symptoms should be checked out by a doctor.

Health officials hand out information about the current coronavirus at Kuala Lumpur International Airport in Sepang, Malaysia. Countries both in the Asia-Pacific and elsewhere have initiated body temperature checks at airports, railway stations and along highways in hopes of catching those at risk of carrying a new coronavirus that has sickened more than 200 people in China. (AP Photo/Vincent Thian)

The CDC recommends washing your hands with soap and water for at least 20 seconds and to avoid touching the eyes, nose and mouth with unwashed hands.

Avoiding close contact with people will reduce the chances of infection. Those infected should stay home and avoid human-to-human contact, especially crowds.