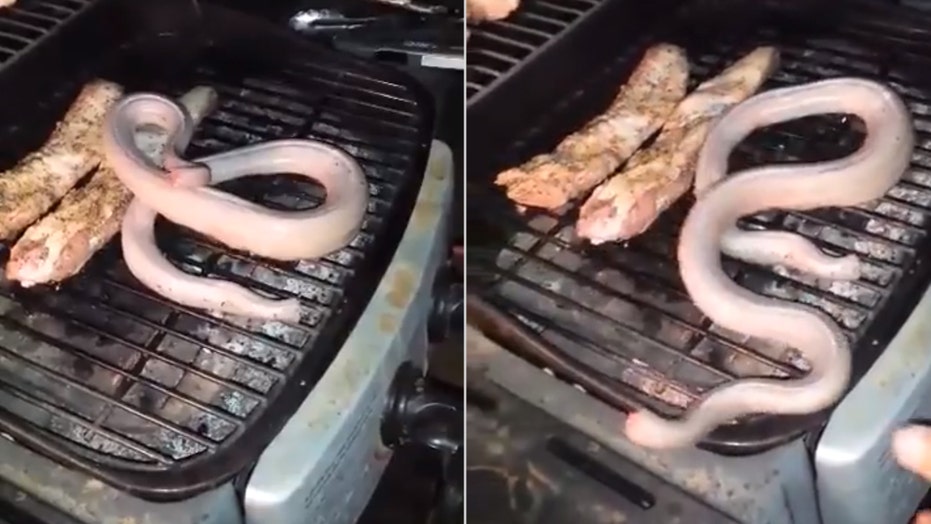 A group of hunters in Texas killed a rattlesnake during an outing last fall. But the snake appeared to spring back to life on the grill freaking the men out.

A group of hunters in Childress, Texas, weren’t the least bit fazed after finding and killing a rattlesnake during an outing last fall. But when the snake appeared to spring back to life on the grill, well, that may have been a little more rattling.

Rick Nolan, 64, shared footage of the group’s rattlesnake ordeal to Facebook earlier this month, showing off the “dinner” he and his hunting companions – his son Tim and a buddy named “Big John” Washburn – attempted to prepare.

“Good times in west Texas,” Nolan joked on Facebook, where the video currently has just under 3 million views.

As Nolan told McClatchey, the three men were preparing for their upcoming hunt on a deer lease when Big John found a rattler and promptly killed it. The snake was then skinned and gutted, then men having decided to eat it for dinner along with some dove and pork.

Once on the grill, however, Rick’s son Tim appeared to have a hard time taming the dead snake, which began to uncoil, and appeared to move away from the heat.

“Close that lid on him,” one of the men recommends, while another can be heard warning, “He’s gonna flop out!”

At one point, one of the men points out how the snakemeat looks like it’s “trying to strike.”

Eventually, Tim decides to use the tongs to hold the snake in place, while the men begin liberally seasoning the wriggling reptile with steak spices.

They even debate whether to close the lid on the snake, although one warns that the snake will just come “flying off” as soon as they open it.

“Eventually he’s gonna die,” one of the hunters says.

The men finally managed to cook and eat the snake, according to a report in the Fort Worth Star-Telegram, though Nolan said it was tasteless.

Nolan did, however, give his son a shout-out for all his efforts on Facebook.

“Tim Nolan is quite the snake cook,” Nolan joked.

Dead reptiles, including snakes, can still retain the ability to move after death, as the animal's nerves are continuing to function, according to Steven Beaupré, a professor of biology at the University of Arkansas.

"Snakes in general are well known for retaining reflexes after death," said Beaupré, according to LiveScience. The outlet also reported on multiple cases of people being bitten by snakes even after the snake has been decapitated.

"Just because the animals has been decapitated, that doesn't mean the nerves have stopped functioning," Beaupré said.