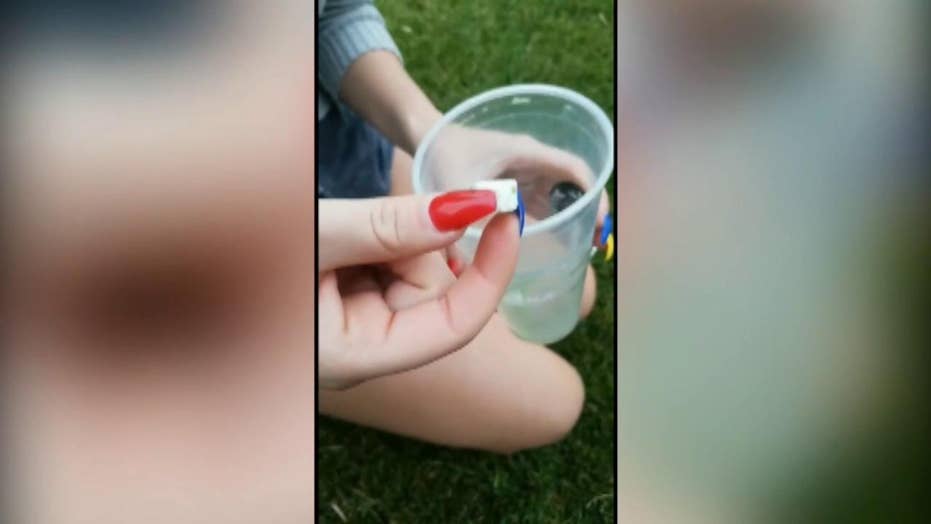 A Starbucks customer in Utah has is reportedly consulting a lawyer after she claims she found cleaning tablets in her Green Tea Frappuccino and subsequently needed medical attention.

Deniece Lee, of Layton, says she visited a Starbucks location inside a local Smith’s grocery store on Sunday, only to discover there were espresso-machine cleaning tablets at the bottom of her Green Tea Frappuccino, Fox 13 reports.

“My last drink of it, it just tasted like burnt rubber, honestly,” she told the channel.

LAST REMAINING BLOCKBUSTER VIDEO STORE GETS ITS OWN BEER

Lee shared on Facebook footage of herself and her family dumping the drink into some grass, and extracting what appeared to be two chalky tablets. Lee later admitted herself to a hospital on the advice of a friend who worked at a different Starbucks chain. Once there, she began feeling ill and started vomiting.

“I honestly think it was an honest mistake,” Lee told Fox 13, explaining that she had actually ordered her Frappuccino twice, after the first order was prepared incorrectly. “I would hope it’s an honest mistake. I really just don’t ever want it to happen to anyone else.”

Both Starbucks and Smith’s have apologized for the incident.

Starbucks stated the companies are working together to “understand how this happened and to remind associates of our cleaning procedures designed to help prevent this type of situation,” Fox 13 reports.

Lee has not confirmed if she is seeking legal action.