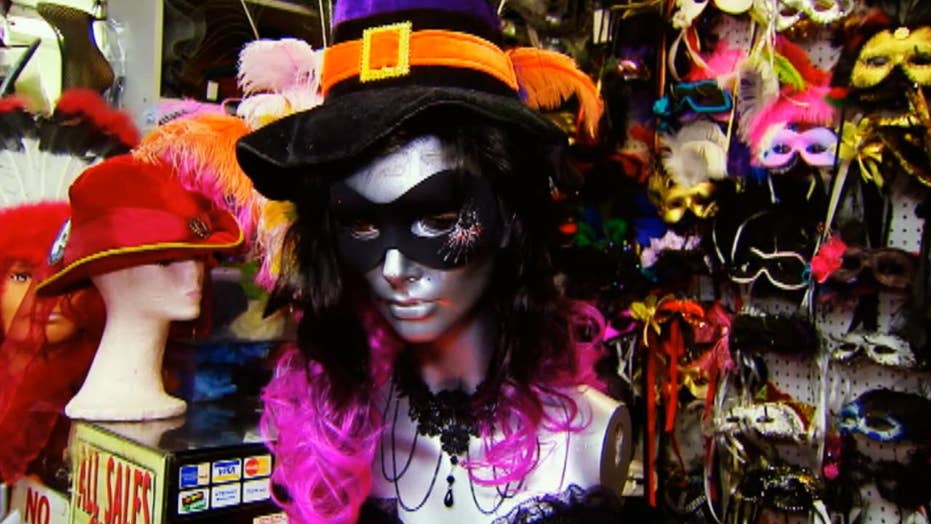 Your trendy Halloween costume could be a click away

A look at what's trending in Halloween costumes this season.

This isn’t a trick — Snickers has pledged to give away 1 million candy bars if the official date of Halloween is changed to the last Saturday in October.

Public reaction to the promise has since been fierce, with some parents calling the idea "amazing" and other critics declaring the candy brand “crazy” for joining the movement to shift Halloween's date.

Last Friday, Snickers took to Twitter to make the divisive suggestion, resurfacing a Change.org petition calling for an end to Oct. 31 celebrations — a petition originally released last year by a group called the Halloween & Costume Association.

“A Thursday Halloween? Not Satisfying. Halloween on the last Saturday of October? Satisfying. If the Fed [government] makes it official, we’ll offer 1 million free SNICKERS to America,” reps for the chocolate bar wrote online. “Join the petition!”

The petition, which directly addresses President Trump, cites statistics to suggest that the new date would allow for a "safer, longer" holiday. Halloween, meanwhile, is not a federal holiday.

Snickers has pledged to give away 1 million candy bars if the federal government changes the date of Halloween to the last Saturday in October. (iStock)

The group claims there are “3,800 Halloween-related injuries each year,” and “82 percent of parents don't use high visibility aids” on their costumes, such as reflective tape or glow sticks. Most children don’t carry flashlights while out on Halloween night, the group warns, while “65 percent don’t discuss Halloween safety with their children.”

Additionally, a large majority of parents — 70 percent, according to the industry — don’t accompany their kids while trick-or-treating.

“Why cram it into 2 rushed evening weekday hours when it deserves a full day!?!” the Halloween & Costume Association wrote.

Snickers’ 350,000 Twitter followers, meanwhile, didn’t shy away from sharing their true feelings on the candy bar’s support of the controversial movement. Some commenters described the Mars Inc.-owned sweet as a “crazy” for pushing the change, even going so far as to claim that they would stop buying the candy altogether.

“Are you crazy Snickers? Stay in your candy lane,” one critic said, sharing an image of creepy character Michael Myers from slasher series “Halloween.”

“It's the eve of all Hallows. You'd need to move that in order to make a new date for Halloween actually mean anything,” one chimed in. “As a comparison, it would be like having Xmas eve on 21 December.”

“[Seriously,] to some, Halloween is sacred. Not only that, most communities [already] have trick or treat on another night!” one commenter continued. “You do NOT have to change the holiday! Just make a trick or treat night or something.”

Others described the change as practical, arguing that a new date for Halloween wouldn’t be so spooky.

“Signed!! Totally down for this with 3 school aged kids!” one supporter gushed.

“This is amazing. Best candy ever!!” another echoed.

Reps for Snickers returned Fox News’ request for comment on the story with the following statement:

"Snickers is all in on celebrating Halloween to the fullest. More hours in the day. More families being able to enjoy it. A more satisfying celebration," Josh Olken, brand director for candy bar, said. "So if the Federal Government makes this thing official, we’re offering up to one million free Snickers to America. No tricks, only treats…we’re serious!”

Mars Wrigley Confectionary, the confectionary division of Mars Inc., was named the top candy company in the world in 2019 by Candy Industry magazine.