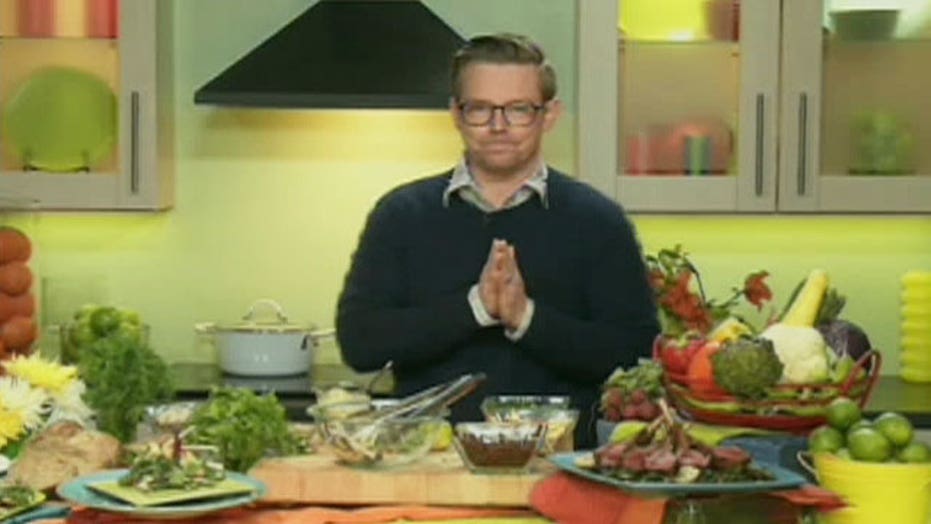 If you're one of the many people who resolved to lose weight and eat healthier in 2014, "Top Chef" alumni and restaurateur Richard Blais wants you to listen up.

Blais has paired up with Alli, the weight-loss pill, to develop low-fat recipes to go with the company's 60-day Kickstart, a program to get people eating healthy and working toward accomplishing their weight loss goals.

Blais knows a thing or two about weight loss. The chef has lost 60 pounds through diet and exercise.

"I became a chef and I started living a chef’s life. I’m tasting food all day, I’m going out after work, enjoying some wine, having some food, and I gained 50-60 pounds. And I had that moment where I was like wow who is this guy in the mirror?" Blais told FoxNews.com. "I also was trying to court my wife at the time, but these things came together so I tried to get the girl. I had to run after her, literally, and then cook for her, of course, and that helped me kickstart my journey."

To help others kickstart their weight loss journeys, Blais points to some simple food swaps that can make the all the difference.

"Eat fresh food, cook at home, ask questions at restaurants and then if you are cooking at home, look at recipes. There’s always something that can be swapped," said Blais.

1) Swap mayonnaise with hummus or yogurt

Rather than slathering that turkey sandwich with fattening mayonnaise, Blais suggests using low-fat hummus instead.

"That's really great for you, getting chickpeas in your diet instead of the oil and the fat," said Blais.

Yogurt can also be substituted for mayo in recipes. Blais' recipe for Raw Beets with Jicama and Apple uses Greek yogurt instead of mayonnaise for a tangy, low-fat dressing.

Blais said using olive oil or vegetable oil instead of animal fats is a great swap.

3) Swap sugar with cinnamon and vanilla

Sure, you could use an artificial sweetener, but Blais suggests using something a little more natural to replace sugar in your desserts.

"We love dessert, but you can replace a little bit of sugar with vanilla bean or cinnamon and that gives you the illusion of sweetness," said Blais.

Keeping with sweets, Blais suggests using cocoa or cocoa nibs rather than chocolate.

"You know, chocolate is not a sweet ingredient," said Blais. "So if you use cacao or cocoa nibs, that's going to be a great swap."

Forget the fatty cuts of steak and stick to something leaner, or even opt for low-fat turkey or chicken.

"Instead of that beefy short rib, which is delicious, a lean cut of meat: a skirt steak, a flank steak, something like that would be a good swap," said Blais.

"Those are all great swaps you can make that will help you on your journey to hit your New Year's resolution goals," said Blais.