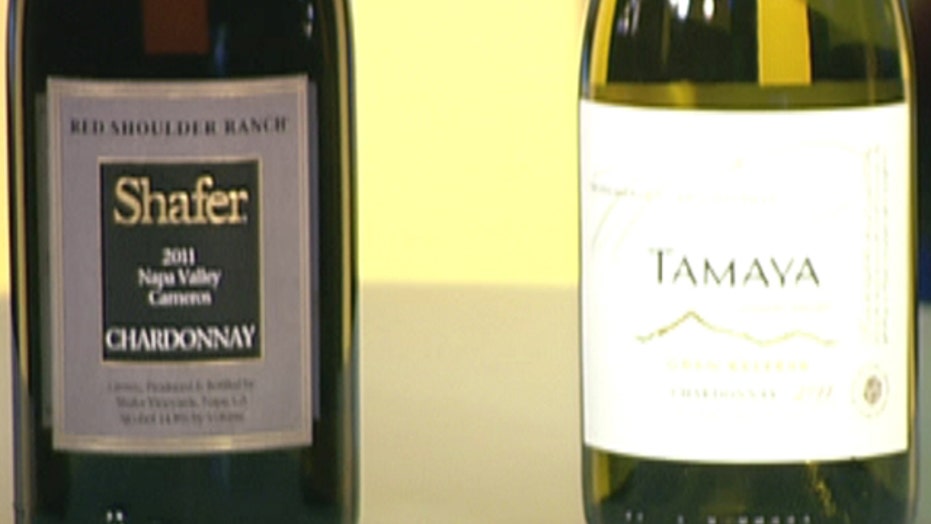 In case you haven't heard, May 23 is National Chardonnay Day.

It is so much more exciting than Tax Day or Arbor Day, and clearly a great reason to pour a glass of wine.

To the surprise of many, chardonnay is America’s most popular wine (yes, over red) and the world’s most widely planted white wine grape.

And I know you’re thinking:  'But what about the great big red cabs coming out of California? They must plant more red grapes than white?'

“Chardonnay is the most widely-planted white grape in California, with 95,000 acres, spread widely throughout the state,” says Tom Matthews, the executive editor, at Wine Spectator Magazine

Matthews brought a California Chardonnay with him: the Shafer Chardonnay, Napa Valley Carneros, Red Shoulder Ranch 2011.  Wine Spectator gave it 90 points on their 0-100 rating scale.  It sells for about $50 and Matthews calls it the “pina colada of Chardonnays” because it has a more complex fruit taste and smell: A mix of apple and pear, with coconut and pineapple - all combined with that toasty oak from the barrel that is often typical of California chardonnays.

But because chardonnay’s origins lie in Burgundy, France, he also brought a classic from the region.  “These wines routinely fetch $400-600 per bottle though,” says Matthews.

The Antonin Guyon Corton-Charlemagne 2010, which received 95 points from the magazine and retails for about $200, offers hints of pear and interestingly, can be held for years.  It is not often we hear of cellaring chardonnays.

And to round out our price range, he brought a bottle from Chile, because (want to take a guess?) chardonnay is also the most widely-planted white grape in Chile. And the best part is that Chilean wines are much cheaper, but just as good.

Matthews suggested pairing it with oysters. What could be better?

So enjoy Chardonnay Day.  Pour a glass and let me know what you’re drinking @tracybyrnes #ChardDay