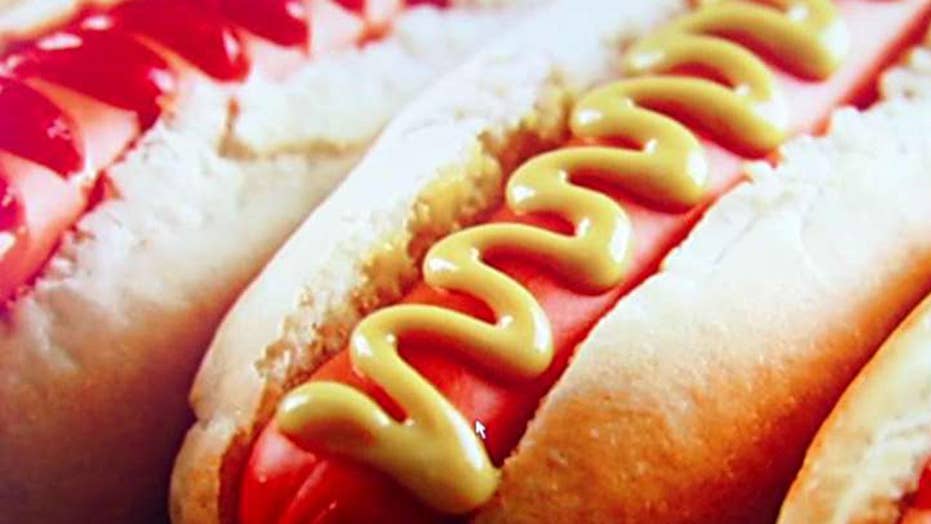 Since the dawn of civilization, people have vehemently argued about food.

Is a hot dog a sandwich? What’s the correct way to make a PB&J? Should cheese go under or on top of a burger? Does pineapple have any place on a pizza? Do strawberries?

These are the debates that have plagued mankind for millennia. But on Friday, Oscar Mayer attempted to settle at least one of them, declaring that "hot dogs ARE sandwiches."

WEINERMOBILE DRIVERS ALL HAVE THIS ONE THING IN COMMON

The meat production company first posed the question Thursday on Twitter, writing that it believed hot dogs were indeed sandwiches, though it put forth no evidence to support this claim. The company then asked followers to call a hotline to try and change their mind about the "hot-dog-as-sandwich" debate.

“We know what's true... But we're gonna give you 24 hours to change our mind. Call to tell us why you think a hot dog IS NOT a sandwich,” the company tweeted.

SUPERMARKET CHANCES THE NAME OF 'GENTLEMAN'S' SANDWICH AFTER CONTROVERSY

Callers dialing into the hotline were asked to leave their thoughts on the debate via voicemail. But some Twitter users chimed in early, offering their own opinions and rules on what the word “sandwich” connotes.

Oscar Mayer later shared some of the more convincing arguments on Twitter, including one from a caller arguing that sandwiches are often cut in half, and anyone eating a hot dog would be "soooo upset" if it was served in two halves. Another caller said a hot dog is in "a class of its own."

Ultimately, though, Oscar Mayer said the public failed to sway its decision, and maintained its stance on hot dogs as being sandwiches. The company also stated that it would not be "backing down" from this opinion.

To that end, the company has also temporarily changed the name of their Weinermobile to a "Sandwichmobile," going so far as to change the vehicle's official Twitter handle, too.

The National Hot Dog and Sausage Council, meanwhile, maintains that hot dogs are not, in fact, sandwiches, according to its website.