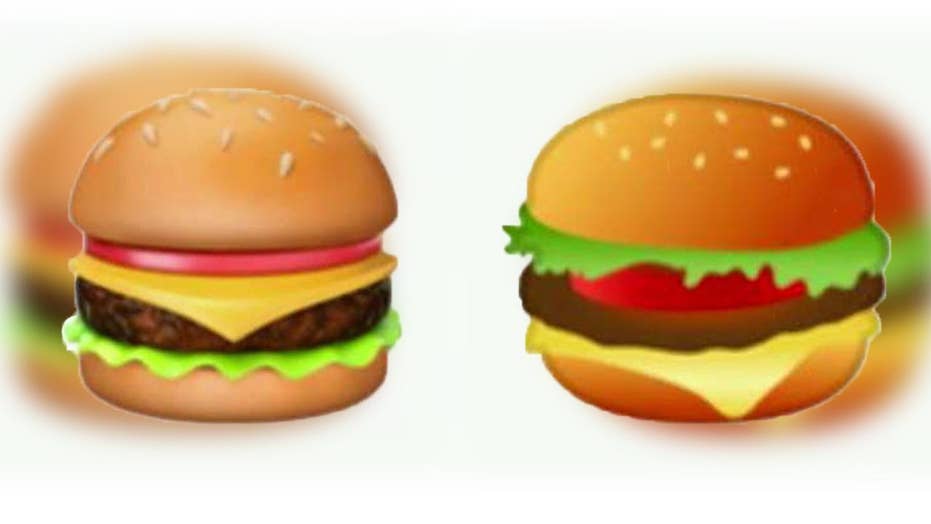 A Twitter user shared his observation about Google's burger emoji, which places the cheese underneath the burger patty and directly atop the bottom bun.

Google CEO Sundar Pichai said he plans to “drop everything” in the wake of a heated debate about the company’s burger emoji, which currently depicts the cheese underneath the meat patty, and directly on top of the bottom bun.

Pichai was goaded into action by none other than Twitter, which first took note of Google’s unique burger emoji over the weekend, and naturally went berserk:

“The google burger emoji has the cheese on the bottom,” wrote one Twitter user. “It makes no sense.”

“Cheese simply has to be on the burger, no argument. I can't believe anybody would stack it like that emoji,” added another.

The furor over Google’s burger emoji began bubbling up on Saturday after author and media analyst Thomas Baekdal took to Twitter with a simple observation about Google and Apple’s different takes on the emojis.

“I think we need to have a discussion about how Google's burger emoji is placing the cheese underneath the burger, while Apple puts it on top,” wrote Baekdal along with a photo of each.

In the following days, Baekdal’s tweet had generated over 35,000 likes and was re-tweeted over 17,000 times. More than 1,500 people responded too, arguing where exactly the cheese should go, with many arguing what, if anything, belongs between the bottom bun and burger patty.

5 ROOKIE GRILLING MISTAKES (AND HOW TO AVOID THEM)

Others were quick to point out how the rest of the emoji industry makes its burgers, with some offering large diagrams that only seemed to add fuel to the fire.

Baekdal himself noted that he’s been studying YouTube to see how top chefs stack their burgers, only to find that there’s no standard to which they adhere.

In any case, Google CEO Pichai claims the company will “address on Monday” the concerns raised by Twitter. He also asked for the Internet’s collective help in coming to a consensus about the correct order of burger toppings.

Baekdal, meanwhile, has said he plans to turn his attention away from the burger debate and shift back to “media analysist mode.”

Pichai has yet to follow up with his plans, if any, for Google’s burger emoji.