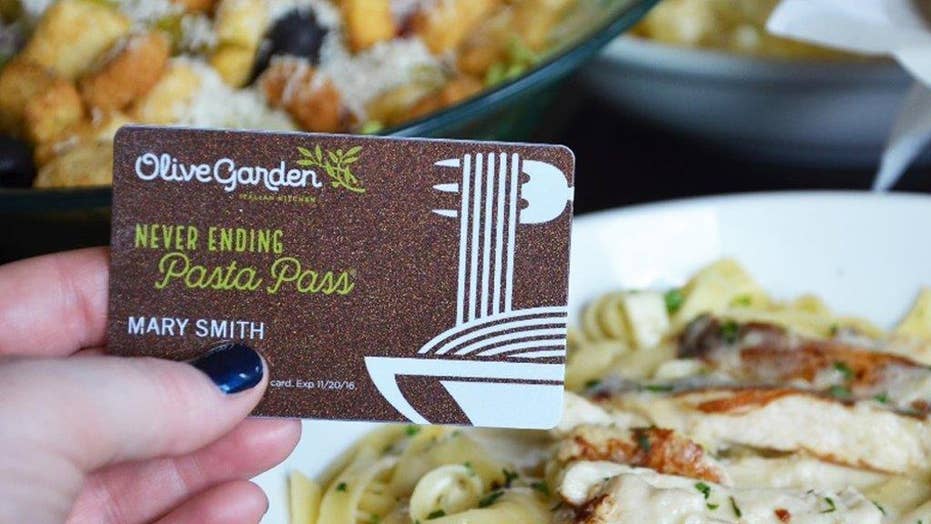 The Italian chain famous for its endless soup, salad and breadsticks is back with the latest version of its "never ending" meal deal.

Starting this week, Olive Garden fans will be able to enjoy unlimited servings of five of the most popular Olive Garden Classics like spaghetti with meat sauce, fettucine alfredo (the chain's most popular dish), lasagna classic, and chicken alfredo. Unlike previous deals which only included pasta, Never Ending Classics includes chicken parmigiana and allows guests to choose a different dish with each refill.

Like all of Olive Garden's bottomless promotions, homemade soup or salad and bread sticks are included with every meal.

While many chains have experimented with smaller portions and healthier fare, America's biggest Italian chain has found viral success in the past few years with its oversized portions-- and highly publicized promotions.

Last fall, fans of the restaurant chain claimed 21,000 Never Ending Pasta Passes in less than a minute after the site went live. The promotion allowed every pass holder access to endless pasta meals at the restaurant over a seven week period for just $100.

Alfredo lovers already seem to be champing at the bit.

So does @olivegarden really have endless chicken alfredo today or is that a myth?

Jose Duenas, executive vice president of marketing for Olive Garden, says the chain will continue to give fans "the chance to revel in unlimited helpings of their favorite Olive Garden classics."

The Never Ending Classics menu starts at $11.99 and runs through March 6.