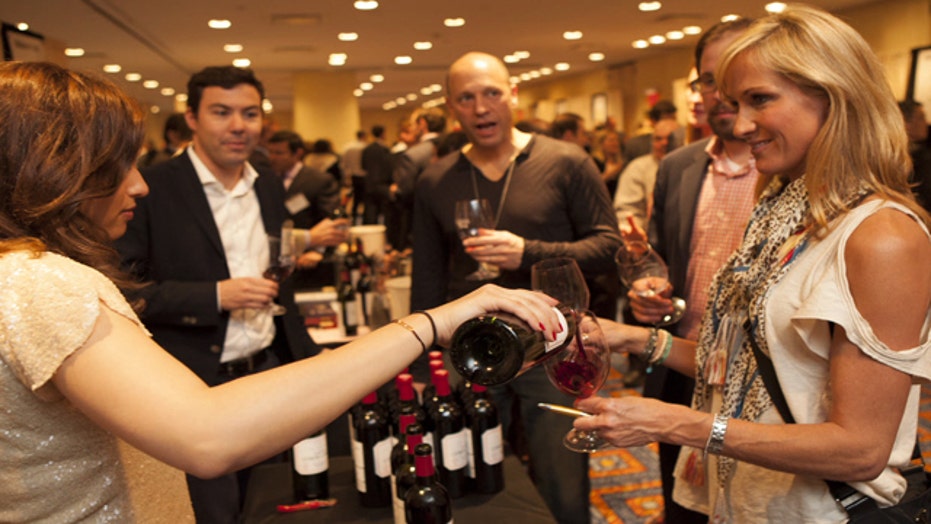 Executive Editor of Wine Spectator Magazine, Tom Matthews talks about the annual Wine Experience, and how quickly the tickets sold out this year. All wine is donated, and all proceeds go to charity.

Talk about being a kid in a candy story.

The event brings together the best wines in the world and the vintners behind them.  They even actually pour the wines.

There are walk-around tastings, guided seminars and themed meals. The three-day event draws thousands of wine lovers from around the world, many of whom have been attending the event for a decade or more, says Tom Matthews, executive editor at Wine Spectator.

But the craziest part of the New York Wine Experience is that it's all for charity. The vineyards actually donate the wine they bring and the ticket proceeds go the Wine Spectator Scholarship Foundation, says Matthews.

The Scholarship Foundation funds students who focus in the wine, food and hospitality industries.  To date, the Foundation has raised over $15 million from the proceeds of the Wine Experience.

This year's event is being held at the Marriott Marquis in New York City from October 24-26, and for the first time since the recession began the event is sold out.  If you paid for the whole three days of festivities, your ticket cost you just under $2000.

Whoa.  But that speaks volumes.  To me, it says that maybe the economy is coming back if people have some disposal income to spend again.  But more importantly, it says that many more people are interested in educating, tasting and experiencing wine than ever before.

And in addition to the scheduled events, Wine Spectator will be saluting its top 10 wines of 2012.  But just because you can’t be at the event, doesn’t mean you can’t create your own top ten list.

So tell me, what were some of the best wines you drank this year?