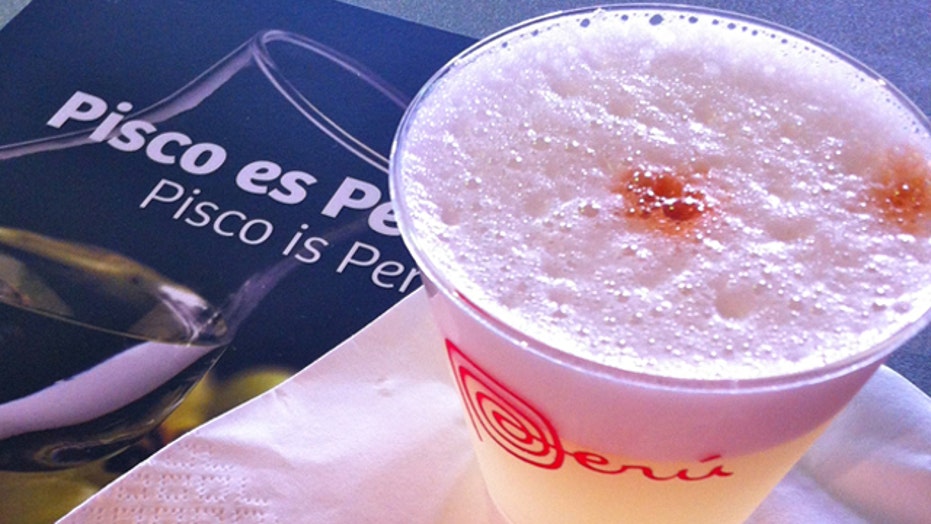 The grapes of Pisco

Trade Commissioner of Peru in New York, Conrado Falco, joined us to talk about the grape-based spirit of his country -- Pisco.

In our quest to discover new wines from around the world, I must admit, I never thought Peru would be on the list.  But Peru actually has a great grape-growing climate, so it should not be ignored.

Peru is on the Pacific coast of South America, bordered by Ecuador and Colombia in the north and Brazil in the east.  It has no frost and in many parts is desert-like and dry, much like northern Chile-which also has great winemaking potential.

One the most known grapes coming out of Peru is the pisco grape, which has oaky, vanilla characteristics and is used to make a white wine.

But back in the 1500’s the Spanish conquistadores found another use for the pisco grape. They initially brought those grape vines to South America to make wine for their own consumption and for export, but, according to the history books, the conquistadores got industrious and decided to distill the leftover grapes that they couldn’t use to make wine. And hence the creation of pisco, the brandy and the famous cocktail Pisco Sour.

The Pisco Sour is the one of the most popular cocktails of South American, says  Conrado J. Falco, the director of the Trade Commission of Peru in New York.

All you do is add lime or lemon juice, syrup, ice, egg white, and bitters to a glass of pisco. Sounds dreamy.  Pisco brandy has since evolved and is now made with other grapes, like the bottles Falco brought with him that day, but because of the distillation process, it still all falls under the pisco umbrella.

Falco, who works to help promote the country's exports, investments and tourism, said that the Peruvian economy is growing at 6-7 percent.The U.S. is one of their biggest customers for produce such as pisco and artichokes.  Now as an Italian I found this very exciting.

Pisco and artichokes. Lots of good things coming out of Peru these days.