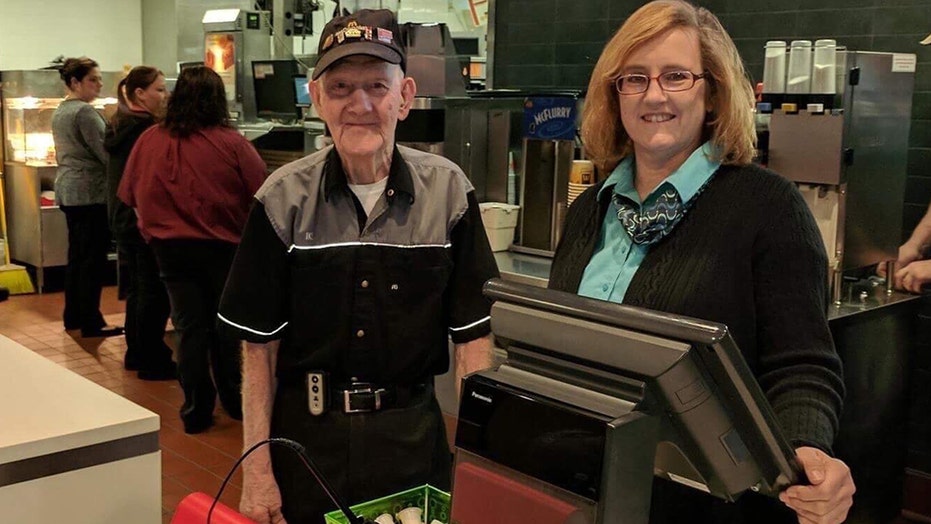 This man is truly dedicated to his job.

A McDonald’s worker recently celebrated an important birthday. Not only has the nonagenarian been working at the company for more than two decades, but he can also now say he’s one of the oldest employees to wear the uniform.

Ike Baker, 92, is one of the oldest employees ever at McDonald's. (Courtesy Jimmie Walters)

Despite turning 92 years old on Saturday, Ike Baker has no plans on retiring, WTVC reports. In fact, he told the news outlet that he hopes to work at the restaurant in Dayton, Tenn., for at least another 10 years.

Working as a host, Baker’s duties include greeting the customers and making sure that everyone has what they need. The happy employee has been working for McDonald’s for 21 years.

The restaurant’s manager, Sabina Kaylor, told the outlet that Baker is popular with everybody. According to her, not only is he still sharp and active, but he’s also a pleasure to work with.

McDonald’s has not confirmed if he is the oldest employee currently working at the company. Fox News reached out for comment, but they did not immediately respond.