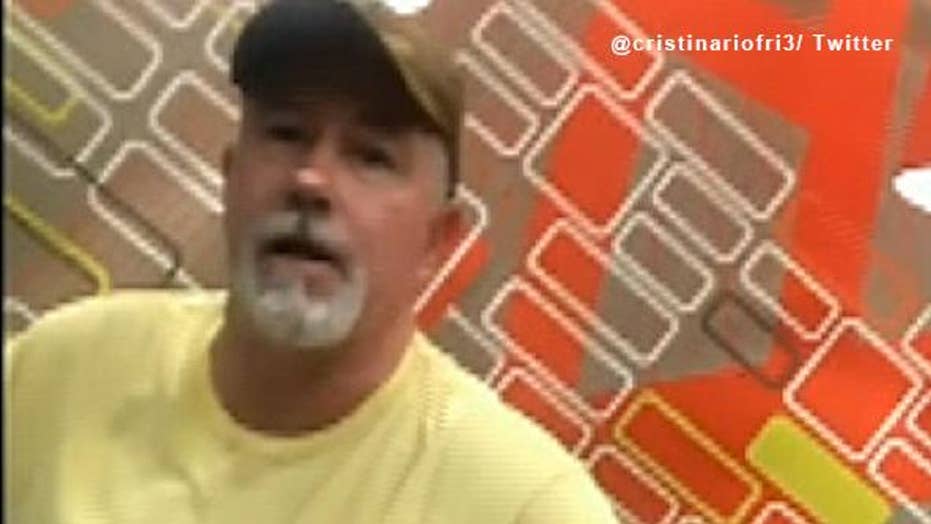 A maintenance mechanic employed by a Georgia sheriff’s office has been fired due to a racist rant in a McDonald’s.

An employee at a Georgia sheriff’s office has been terminated after he was filmed making racist remarks toward a Spanish-speaking customer at McDonald’s.

The incident, which took place at a Savannah location of the fast-food chain, reportedly occurred over the weekend.

In footage captured by the other customer, identified as 19-year-old art student Cristina Riofrio by WSAV, the man can be heard telling Riofrio that he’s worked in the United States for years before asking her, “What did you do?”

Riofrio responds by sarcastically saying she could afford a flight as opposed to a boat trip, but the man in the video attempts to silence her by barking, “Shut up! That’s what you need to do. Shut the f--- up.”

The Chatham County Sheriff’s Office reportedly terminated the man from his job as a jail maintenance mechanic on Wednesday. (cristinariofri3/Twitter)

Riofrio then informs the man she’s filming and tells him he’s “a racist.”

“You shouldn’t be proud of that, really,” Riofrio says.

Riofrio then tells the man she was speaking with her friends, before calling the man a “f---ing racist.”

A McDonald’s employee then confronts the man — who was waiting for his order — and asks him to leave, at which point he responds, “Cool. Gimme my food.”

Riofrio, speaking with WSAV, said she was speaking Spanish with some friends when the man began making offensive remarks.

"[The Chatham County Sheriff’s Office] has no tolerance for this type of behavior and will not allow any person to knowingly be mistreated.”

— Chatham County Sheriff’s Office, per a statement obtained by WSAV

“I wish I could have said a lot of things, but at that time I was really mad and I couldn’t even speak,” Riofrio said. She added that she’s proud of her heritage — she was born in California to Ecuadorian immigrants — and that she’s not going to let this man’s remarks deter her from speaking Spanish when she chooses.

“In America, I can speak F---ING Spanish if I want to,” she wrote in a Twitter post containing the video clip.

A spokesperson for the Chatham County Sheriff’s Office has confirmed to WSAV that the man, whom they identified as a jail maintenance mechanic named Walter Browning, was terminated, as the department has “no tolerance for this type of behavior and will not allow any person to knowingly be mistreated.”