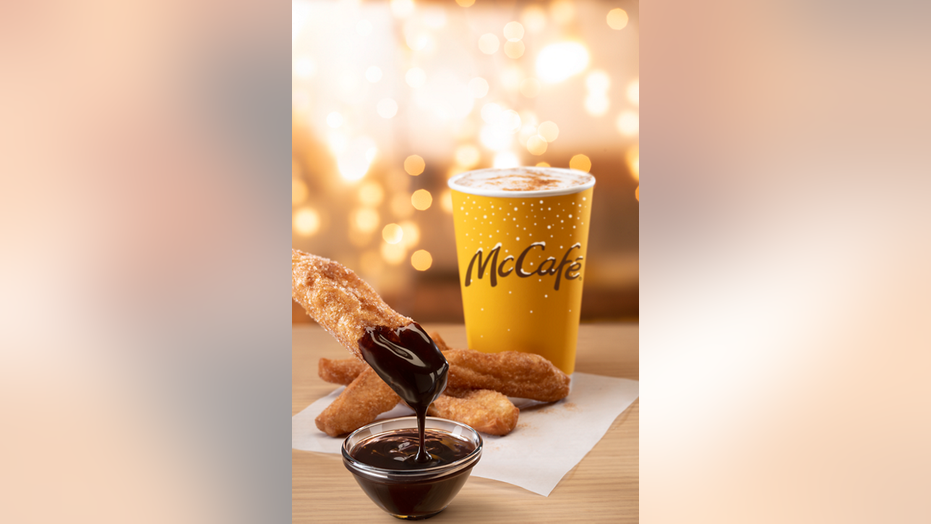 McDonald's to test a meatless burger

McDonald’s is attempting to cram some late-fall flavors into its McCafé offerings.

Billed as McCafé’s first “new seasonal beverage in five years,” the Cinnamon Cookie Latte is made with espresso, milk, and “the sweet taste of cinnamon,” according to the somewhat vague description provided by McDonald’s.

The Cinnamon Cookie Latte will join the seasonal menu on Nov. 6 along with Donut Sticks, which were originally introduced to the menu in Feb. 2019. (McDonald's)

The Cinnamon Cookie Latte will be available at locations across the country starting on Nov. 6, but only for a limited time “throughout the holidays.” The drink will also be available in both hot and iced varieties for $2 apiece.

And, as the Internet has learned from Starbucks lo these many years, no seasonal beverage is complete without a festive cup. To that end, McDonald’s has decorated its cups in “a fresh coat of glistening snow.”

Along with its new latte, McDonald’s is bringing its Donut Sticks back to the McCafé menu after debuting the treats in February 2019 and attracting the ire of Dunkin’, who debuted its similar Donut Fries not long before. But unlike the Donut Fries before them, McDonald's returning Donut Sticks will be accompanied by a brand-new chocolate dipping sauce, reportedly created in response to customer demand.

The Donut Sticks, too, will be available from Nov. 6 “throughout the holidays.”