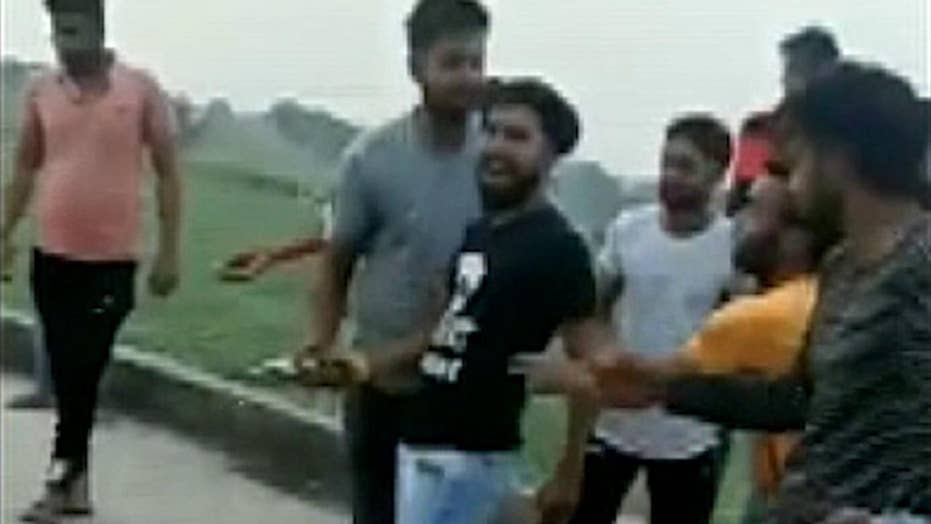 This is the shocking moment a man decided to cut his birthday cake - by shooting it with a gun.

Footage shows the unnamed 24-year-old brandishing the allegedly illegal firearm while celebrating with his group of friends earlier this week.

Dozens of men huddle around the treat after it is placed on the floor and begin to cheer on the man.

The man then recklessly fires a single bullet at the cake and bursts into celebratory song after successfully slicing it in half.

Dozens of men huddle around the treat after it is placed on the floor and begin to cheer on the man. (SWNS)

Police are currently investigating the alleged possession of the illegal firearm in Uttar Pradesh, North India.

A police spokesman said: "We have taken the cognizance of the matter and the video has come to our notice, we will soon initiate strong action against the youth possessing illegal firearms."

Although it is not illegal to own a firearm in India, the country still operates strict gun control.

Citizens wishing to possess a firearm have to apply to the Government and have to renew their licenses every three years.