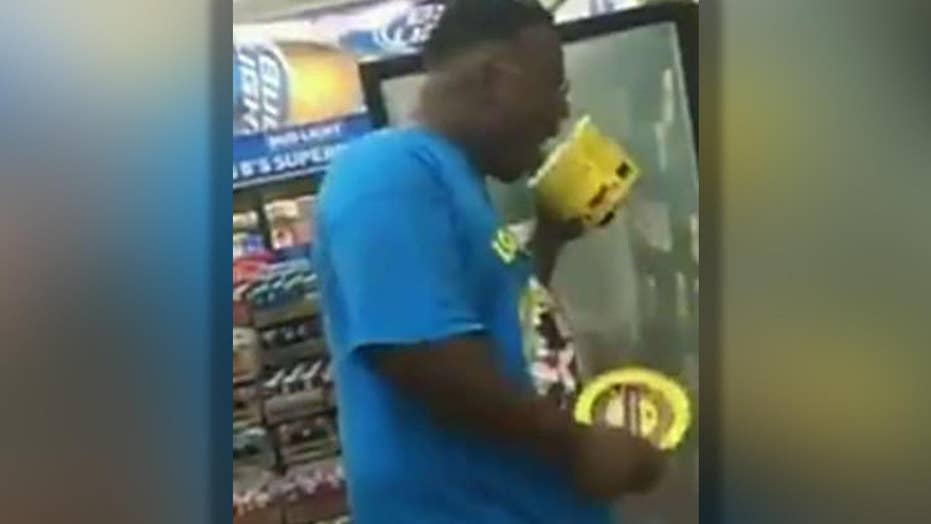 A "copycat" ice cream licker was arrested in Louisiana on Saturday in the weeks after he was caught on video allegedly licking ice cream in a grocery store and putting it back in the fridge.

Lenise Martin III, 36, was taken into custody after video of him circulating online apparently showed him doing the deed. Martin appears to open a tub of ice cream, lick it, touch it with his finger, and then place it back on the freezer shelf.

Lenise Martin III, 36, was arrested after allegedly licking a tub of ice cream and placing is back on the shelf at a store in Louisiana. (Assumption Parish Sheriff's Office)

When management became aware of the video, Martin returned to the store to prove he purchased the ice cream, WAFB reported.

Martin was charged with criminal mischief and unlawful posting of criminal activity for notoriety and publicity, and remained jailed as of Monday morning, according to online records from the Assumption Parish Sheriff's Office.

His alleged criminal act was seemingly inspired by that of a girl who was caught on camera doing the same thing — licking a tub of ice cream, specifically Blue Bell brand, and placing it back on the shelf — at a Walmart in Lufkin, Texas.

Reports indicate that Martin licked a tub of Blue Bell ice cream, but that information was not immediately clear. Blue Bell worked to help track down the store in Texas where the ice cream-licking took place.

The sheriff's office in Louisiana, meanwhile, is discouraging such copycat acts.

"It is illegal. It’s a health risk to others. We will pursue anyone we see do this. You will be charged," officials said.