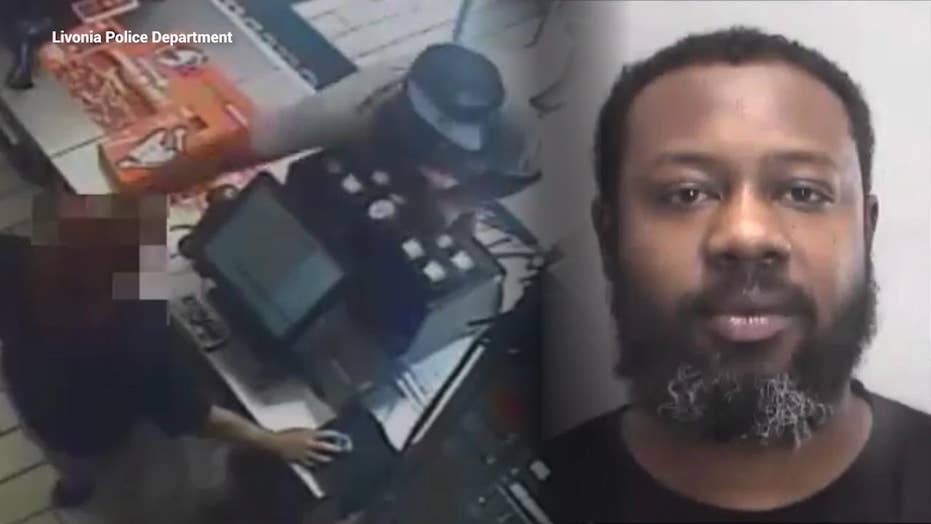 A man, Joseph Thorpe, strikes a Little Caesars employee for being unsatisfied with his order.

This guy apparently really wanted Parmesan cheese on his pizza.

Security camera footage shows a customer at a Little Caesars in Michigan slapping an employee of the restaurant after he received a pizza that wasn’t made correctly.

The Livonia Police Department posted footage of the assault to Facebook. According to the post, the incident occurred on July 9th. The suspect is shown dropping a pizza box onto the counter, before getting into an animated argument with an employee.

He then slaps the woman before leaving the store.

According to the police, another employee followed the man outside and photographed his license plate number. They then notified the authorities, who were able to use the information to track down the suspect.

Joseph Thorpe was arrested on misdemeanor assault and battery charges.

Thorpe was angry because his pizza had been made with Italian seasoning instead of parmesan cheese, Detroit Free Press reports. The woman working at the register reportedly attempted to refund his money and offered him a new pizza.

Apparently that wasn’t enough to calm down Thorpe.

The Livonia Police Department stated on its Facebook page that the man was charged with misdemeanor assault and battery. He reportedly pled guilty on July 26 and was sentenced to 20 days in jail. He was also ordered to pay a fine of $750.