KFC's new 'Name Your Baby Harland' contest tasks parents with doing just that for a chance at $11,000. (KFC)

KFC wants to give a pair of expecting parents $11,000 toward their child’s education fund, and all mom and dad have to do is play fast and loose with one of the most important decisions of their newborn baby’s life.

In honor of what would’ve been Harland Sanders’ 128th birthday, KFC has announced plans to donate $11,000 to the first family who names their newborn child “Harland” — after the Colonel himself — on Sept. 9.

“Even though vintage names are making a comeback, our iconic founder’s name was dwindling in popularity, and we couldn’t just stand idly by and let that happen,” said Andrea Zahumensky, KFC U.S. chief marketing officer, in a press release that also noted how "Harland" only ranked No. 3,257 out of the most popular U.S baby names in 2017.

“We hope that this birthday celebration honors the Colonel and encourages the next generation of people aspiring to live the American dream.”

In order to enter, parents must visit www.kfc.com/babyharland between Sept. 9 and Oct. 9 to submit the name, date and time of their child’s birth — as per a valid birth certificate or hospital records — after which the details will be “vetted appropriately” to determine the one true winner of the contest.

The winner will be notified on or around Oct. 15, and awarded with the $11,000 donation, as well as an additional $3,850 to offset taxes, according to the official rules. 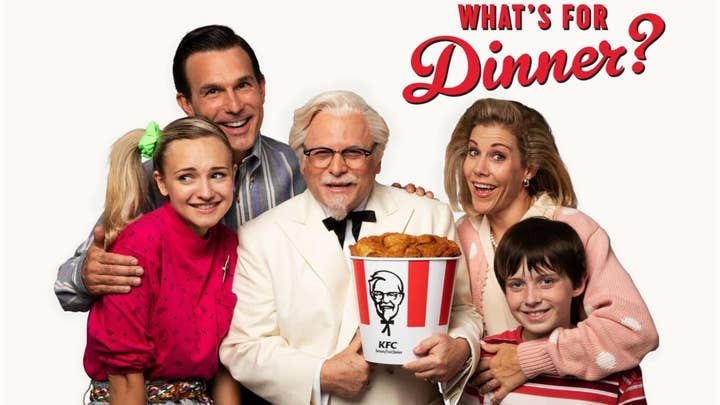 No purchase is necessary to enter, either. But again, hopeful contestants will have to name their newborn after a deceased chicken salesman who has since become a caricature of himself, and sometimes shows up on “General Hospital.” So there’s that.