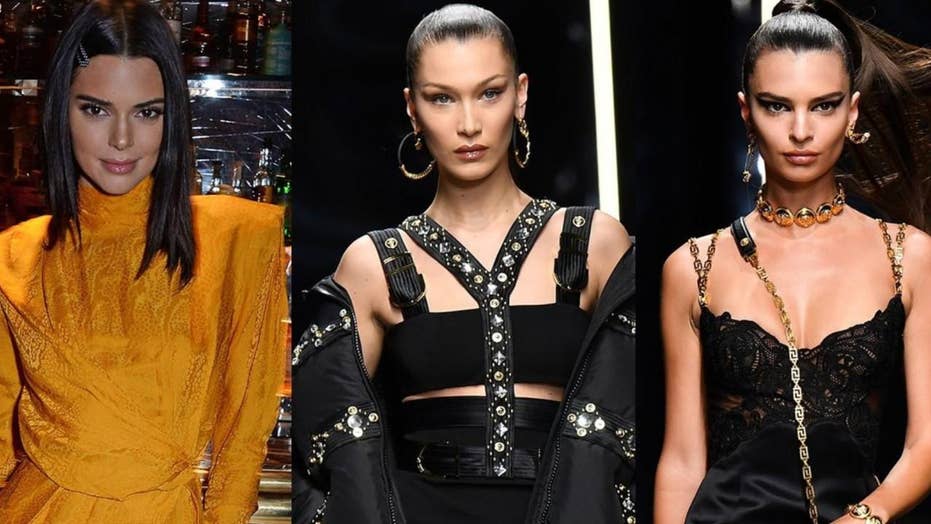 Supermodels Bella Hadid, Hailey Bieber, Emily Ratajkowski, Elsa Hosk and Kendall Jenner may be subpoenaed to reveal how much they were paid to promote the massive failure Fyre Festival.

One bad experience with food can scar you for life.

Model Kendall Jenner and talk-show host Jimmy Fallon commiserated over their own individual “why I hate this food” moments on the Feb. 14 episode of NBC’s “The Tonight Show With Jimmy Fallon.” Both reasons are pretty understandable. But while Jenner’s experience with bananas is relatable, Fallon’s run-in with mayo is like something out of a horror movie.

Kendall Jenner said she didn’t care for bananas for the simple reason that her father, Olympic athlete Caitlyn Jenner, ate them too frequently. (Getty)

Jenner said she didn’t care for bananas for the simple reason that her father, Olympic athlete Caitlyn Jenner, ate them too frequently.

“My dad ate them all the time,” Jenner told Fallon. “And my dad carpooled (sister) Kylie and I back and forth from school, and would eat them in the morning, would eat them when he would pick us up, and would golf all day and would have bananas on him. So I think the smell just over and over started to get to me.”

The smell of bananas even gave her a headache, Jenner confided.

The model and reality star had a relatable reason for dislking the sweet yellow fruit. (AP)

But Fallon’s hatred of mayo came from a truly terrifying incident in his childhood. He explains that as a young boy, he stuck his head through the iron bars of a fence and ended up temporarily trapped.

"So my grandma was like, 'We got to get him out of there,’” Fallon recalled. “’Let's grease him up.' So she rubbed mayonnaise all over my head. And it's like 95 degrees out."

So there you have it: Never bring a sandwich with mayo on the “Tonight Show,” and don’t gift Kendall Jenner with a bunch of bananas. Speaking of what famous folks eat, check out what Kim Kardashian, Tom Brady, Adele and other celebrities eat when they’re feeling low.

This story was originally published by The Daily Meal.