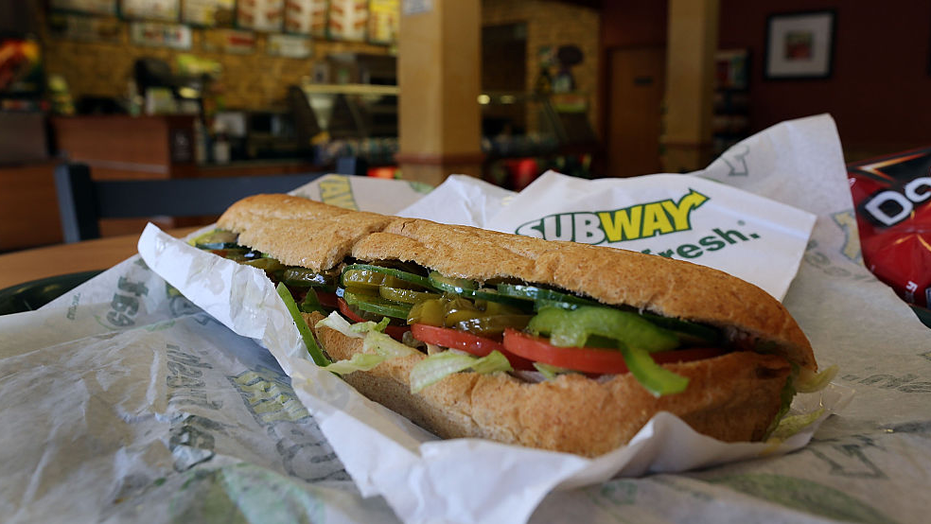 That must’ve been some sandwich.

A man in Indianapolis reportedly called police to report the theft of his Subway sandwich on Saturday. The circumstances into the disappearance of the sandwich were not immediately clear, but police were reportedly called to the scene after the entire foot of sandwich went missing sometime around 6:30 p.m., WRTV reported.

Police have not released an artist's rendering of what they think the missing sandwich looks like. Though, if they had, one could assume it looked something like this. (Joe Raedle/Getty Images)

A police report obtained by the outlet has confirmed no arrests were made.

SEE IT: WOMAN GETS UPSET WITH SANDWICH, SMACKS RESTAURANT EMPLOYEE WITH TAKE-OUT BAG

Saturday’s alleged theft mirrors that of a similar theft in December, during which a thief in Polk County, Fla., stuffed a gas-station sandwich – also of the foot-long variety – in his pants before absconding with the ill-gotten grinder on a bike.

“Too bad it wasn't a hot sandwich — that would have provided instant Karma to the pilferer,” the Polk County Sheriff’s Office wrote of the incident.

Police in Indianapolis were not immediately available to respond to a request for comment on Saturday's incident or to confirm whether they’re hoping to recover the sandwich, however many inch-age is left.