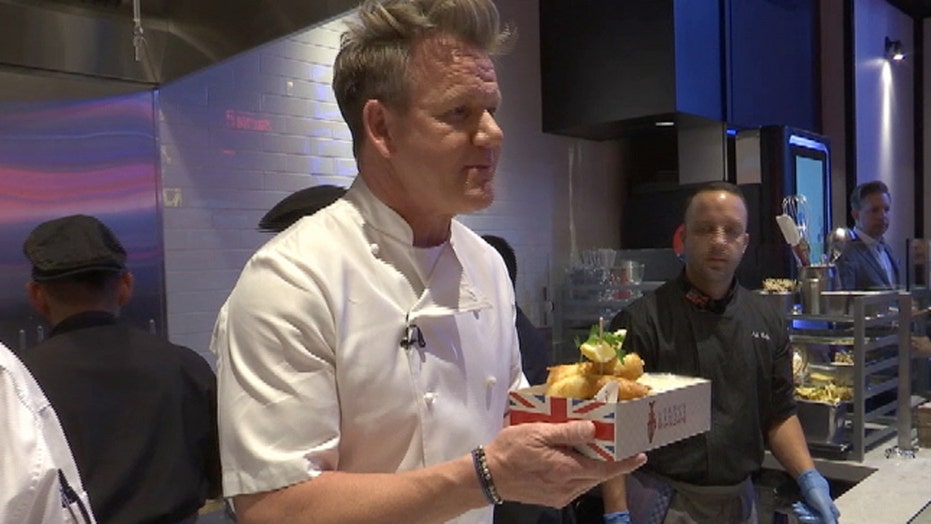 Gordon Ramsay will be cooking with skin, bones and plenty of produce that's typically tossed aside at a new pop-up restaurant in London.

Dan Barber, the celebrated chef and co-owner of upstate New York's Blue Hill Stone Barns, is venturing to the U.K. to open a temporary eatery restaurant that will be converting food waste into small gourmet bites for just $18 a plate.

Barber has recruited Ramsay and other well-known culinary talents like Tom Kerridge and Clare Smyth to cook alongside him in the new popup. Named best restaurant in America in 2016, people wait months for a table at Blue Hill at Stone Barns which features a vegetable-led menu with ingredients from Barber's farm.

The popup restaurant, located on the rooftop of Selfridges department store, will feature a guest chef of the day, Bloomberg reports. Restaurant patrons won't know the chef cooking for them until after they've booked a spot.

Barber says the concept, called wastED, is part of his personal mission to bring greater awareness to the issue of food waste.

Few details about sample menus have been released but dishes may include animal skin and bones, along with other out of the ordinary ingredients. Barber will also be serving a “Not So Customary” afternoon high tea for $32.

The chef is known as one of the leaders of the farm-to-table movement and while the idea does promote sustainable agriculture, according to Barber, it doesn't really address the enormity of how much food is wasted around the globe each year.

"It's too passive," Barber told Bloomberg. "It allows you to dictate the menu by purchasing what you want from a farm. You end up treating it like a supermarket. I don't reject the term farm to table - I own a restaurant on a farm, so I'd better be careful - but it's too easy.

Food waste is a hot topic, as it is estimated that the EU wastes 88 million tons of food a year, reports Fox Business.

The original wastED pop up ran in New York two years ago, where Alain Ducasse, whose restaurants have won multiple Michelin stars, was a guest chef.

Barber’s pop up will be running from Feb. 24 to April 2 – tables are expected to be hard to get. But those lucky enough to score the exclusive tickets could indulge in a dish created by fiery Ramsay himself.