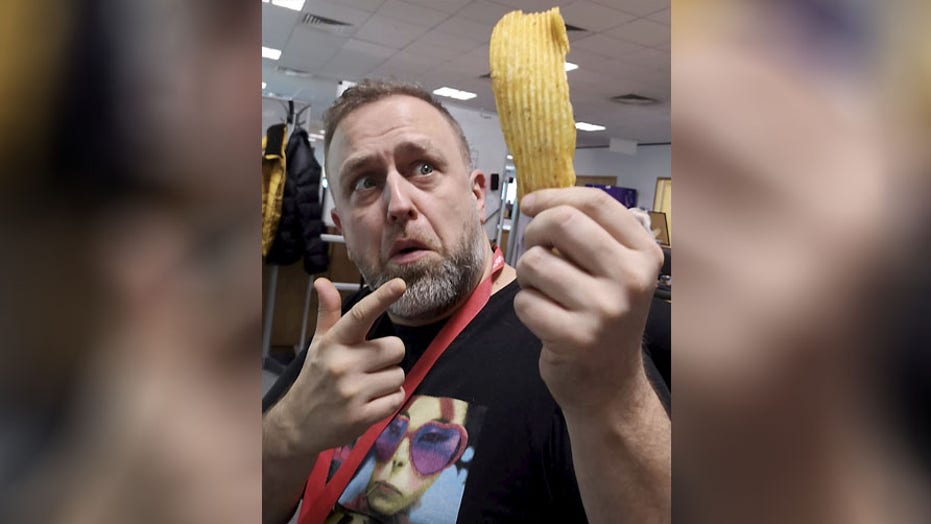 A British snack eater found what can only be described as a gigantic potato chip while eating his snack. Now, he apparently has locked the chunk-sized chip away for safekeeping.

“I pulled it out and it kept going, it was a lot longer than I thought it was going to be,” Daniel Heginbotham told SWNS.

Daniel Heginbotham purchased a bag of chips to eat with his lunch but decided to crack it open during mid-morning, SWNS reports. During that snack, he discovered the six-inch-long chip sitting in the bag.

“I pulled it out and it kept going, it was a lot longer than I thought it was going to be,” he told SWNS. "So I went and got a tape measure; it was six inches long. I was quite happy - it was the biggest crisp I had ever seen. Everybody wants to find a big crisp, don't they?”

Heginbotham excitedly showed off his find to his coworkers. “Some weren't that interested at all. But I quickly I locked it away, just in case somebody crushed it,” he continued. "I think I'm going to put it in a little display case. I'm not saying it's the biggest ever, but you never know. I had a little look and couldn't see anything bigger."

The biggest potato chip ever is actually a 25-inch by 14-inch that was specially created by a team of food engineers and is housed in Blackfoot, Idaho.

It’s unclear if Heginbotham’s chip is the largest chip caught in the wild, however.