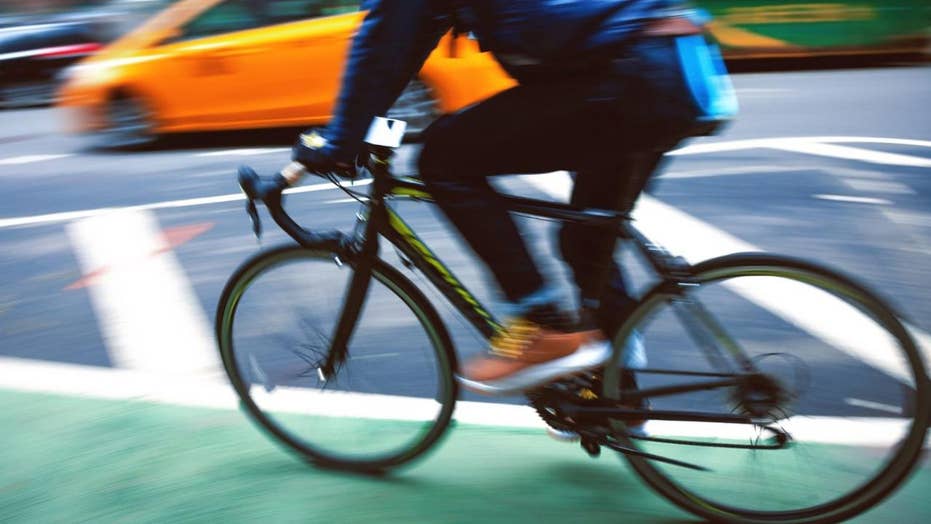 Domino's, along with the NYPD and the mayor of New York City, are commending the actions of a Domino's delivery man who took a slice out of crime.

Domino's, along with the NYPD and the mayor of New York City, are commending the actions of a Domino's delivery man who took a slice out of crime back on March 29.

Alou Bathily, 21, just happened to be out on his Domino’s delivery bike when officers with NYPD’s 20th Precinct spotted a suspect from a recent robbery on the Upper West Side and started giving chase. Seeing the commotion, Bathily shouted, “I’ll stop him, officers!” and kicked into gear, speeding ahead of the suspect and blocking his path with the bike, according to a Facebook post shared by the precinct.

Bathily, originally from Mali in West Africa, told CBS New York he jumped off his bike and “sat on [the suspect] on the floor” until officers arrived, though the NYPD had not confirmed that claim on Facebook.

Police confirmed that Bathily’s actions delayed the suspect, identified as Lovell Ambrister, long enough for officers to apprehend him.

New York City Mayor Bill de Blasio also hailed Bathily as a “hero” and credited the delivery man with being the “only reason” New Yorkers should consider eating Domino’s pizza.

Domino's, too, has said it was proud to count Bathily as a member of its team.

"We are certainly very proud of this driver and his actions that made a difference in his local community," a spokesperson for the chain tells Fox News.

Ambrister is accused of stealing a woman’s Apple AirPods just an hour before he was apprehended, and after having harassed that woman with a group of other people. Police say that during the chase, he also began tossing “fake $50 bills out of his pockets,” as he was in the process of trying to exchange the counterfeit money for legal tender at nearby shops.