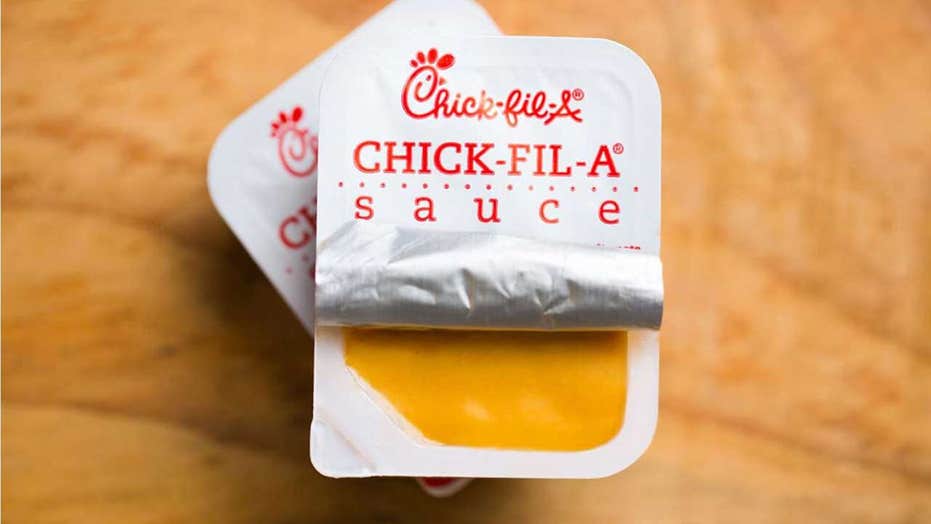 A single sauce packet is never enough. And by George, somebody finally did something about it.

This week, Chick-fil-A announced on Instagram that its beloved sauces have been made available for purchase in 8-ounce containers, in addition to usual 1-ounce packets the restaurants have long offered alongside their sandwiches, nuggets and fries.

WENDY'S OFFERING FREE CHICKEN NUGGETS FOR EVERYONE IN AMERICA ON FRIDAY

“Get more of the sauce you love. Sauce containers are available to purchase at your local Restaurant or through the Chick-fil-A App,” reads a message accompanying the post.

A representative for Chick-fil-A confirmed that pricing starts at $2.15 apiece, though some locations are currently offering the sauces for as much as $2.80 apiece, according to the Chick-fil-A app.

Delish report that these 8-ounce containers were previously available for purchase with catering orders, too.

Chick-fil-A has experimented with sales of larger-format sauces in the past, announcing in March that its beloved condiments would be available in 16-ounce bottles at select retailers in Florida, as part of a pilot program. Proceeds from the sauces, which became available in April, were donated to Chick-fil-A’s Team Member Scholarship program. (A representative for Chick-fil-A said the chain was still "evaluating" the results of that pilot program, in regards to expanding it to other markets.)

At the moment, however, it doesn’t appear that all of Chick-fil-A’s sauce varieties will be available to purchase in 8-ounce tubs. Among the new offerings, Sweet & Spicy Sriracha and Zesty Buffalo were noticeably absent from the list, although that may have something to do with Chick-fil-A already knowing which sauces you prefer based on your region of the country.