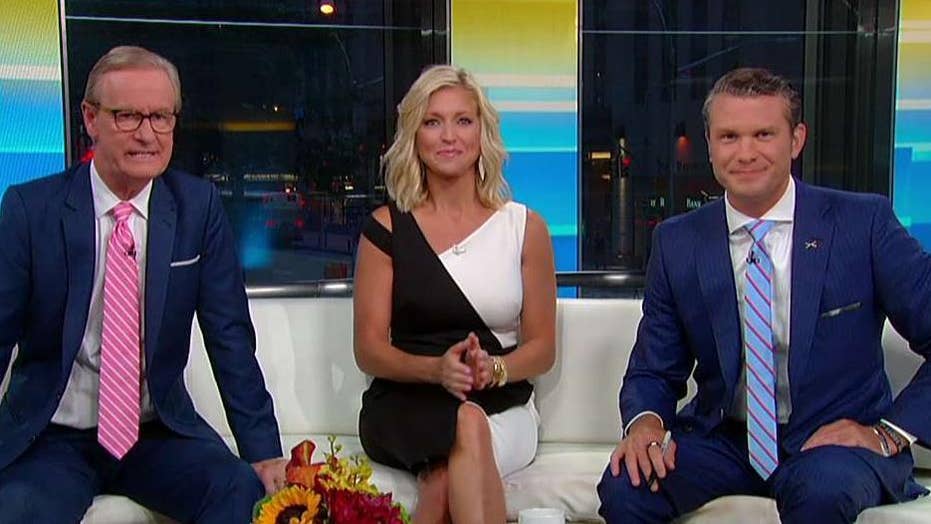 The Chicken Sandwich Wars are back, and they're getting saucy.

Chick-fil-A – one of America’s favorite fast-food chains and a recent contender in the infamous "chicken sandwich war" with fast-food rival Popeyes – has announced its first-ever retail endeavor: selling bottles of its famous dipping sauces in stores.

The chicken chain will be selling 16 fl. oz. bottles of its signature Chick-fil-A Sauce and Polynesian Sauce starting this April and May, allowing customers to “dip, drizzle and marinate to their delight, right at home,” the company shared in a press release.

The chicken chain will be selling 16 fl. oz. bottles of its signature Chick-fil-A Sauce and Polynesian Sauce starting this April and May. (Chick-fil-A)

“Chick-fil-A Sauce and Polynesian Sauce are our two most popular sauces, so we are extremely excited to offer them at select retail stores outside of the restaurant,” said Michael Patrick, principal program lead, Beyond the Restaurant. “And because our Team Members are truly our ‘secret sauce’ to creating a positive experience in our restaurants, each time a customer purchases a Bottled Sauce at a participating retailer, the Chick-fil-A profits will support Team Members through our scholarship program.”

While the dipping sauces will only be sold for a limited time as part of a pilot program in Florida, the brand did mention the possibility of a nationwide roll-out in the future, contingent on the performance of the Florida testing.

The bottles retail for $3.49 at participating stores in Florida, such as Publix, Target, Walmart and Winn-Dixie, with 100 percent of the profits going to fund the brand’s Team Member Scholarships. According to the press release, $17 million in scholarships will be awarded to 6,700 restaurant team members in 2020.

For the rest of you Chick-fil-A Sauce lovers, you’ll just have to stockpile the smaller packets you get with sandwiches — and wait to see how Popeyes responds.