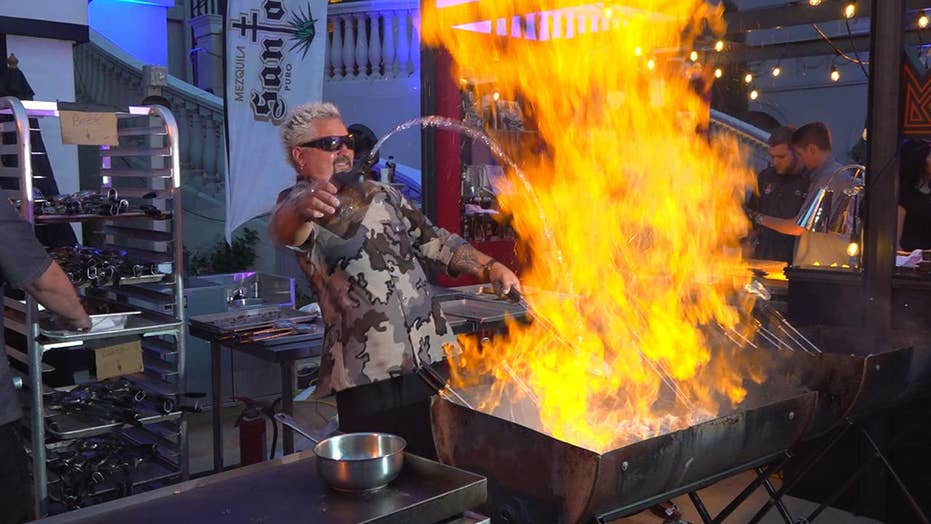 Dozens of the top chefs from across the world flocked to Las Vegas over the weekend for this year’s Vegas Uncork’d, an event highlighting the regions diverse and unique food scene.

“We have some of the best chefs in the world. You almost don't have to travel the world to taste some of the best food,” celebrity chef and restaurateur Giada De Laurentiis told Fox News. “And I think that that's something that people are starting to really realize how important and what a big part of the Vegas culture food is and how we have so many phenomenal restaurants.”

But beyond the food and flair of Vegas Uncork’d, many restaurant owners are dealing with new obstacles such as millennials searching for alternative food options, or the growing push for a $15 minimum wage.

MAN JAILED FOR REFUSING TO PAY DINNER BILL, CLAIMED IT HAD THE WRONG DATE ON IT

According to consumer data from Technomic Ignite, millennials who go to a restaurant “more than once a week” dropped by 4 percent in the last year, Restaurant Business reported.

And as those millennials shake up the restaurant industry, chefs, even celebrity chefs, are trying different strategies to attract new diners.

"They talk through social media and we can talk to them on a much bigger platform through social media… I think millennials, more than the generation prior to them, are really into food and understanding where food comes from, you know, and how it's prepared,” De Laurentiis told Fox News. “So, it's changing the way that restaurants do business. It's more about the experience rather than just a plate of food.”

Celebrity chef Gordon Ramsay said millennials “keep us on our toes” and add a necessary pressure that “drives standards up as opposed to complacency and driving them down."

But that's not the only challenge facing the food industry.

In addition to millennials changing eating habits, some say the growing push for a $15 minimum wage poses another threat to the industry.

“What's so challenging about the restaurant business is that the margins are so slim in terms of where you can sort of carve out profits,” said Adam Rapoport editor in chief of Bon Appétit. "If everything starts going up, well then the price points on the menu start going up and then those millennials we’re talking about, I don't know if [they] want to pay that much all of a sudden.”

Rapoport added that “it's a push and pull and it's really hard to figure out. But, you know, listen we all love to eat out. That's not going to change. I think there's going to be a way to figure it out.”

Guy Fieri, restauranteur and host of “Diners, Drive-ins and Dives” on the Food Network, called the issue a “serious subject,” but also believes there’s a way restaurant owners and employees can find common ground.

“Well I'll tell you something everybody needs to make a living,” Fieri told Fox News, pointing out that some restaurants claim a tip credit, which allows owners to pay tipped employees below the federal minimum wage if their employees take tips from customers.

“There is something called tip credit, you know, where those that make tips can balance it out to what their hourly is, but definitely the minimum wage for the dishwashers and all that back in the house team that don't get any tips… it’s a pretty serious subject… but everybody loves to go to restaurants and so we need to make sure we support them and make sure we support local and support these folks that need to make money,” Fieri said.

DINNER IS COMING: WAITER'S RESEMBLANCE TO 'GAME OF THRONES' ACTOR LANDS HIM STARRING ROLE IN COMMERCIAL

California passed a bill to raise the minimum wage to $15 by 2022, and according to a study by the University of California Riverside, the gradual pay boost has already impacted jobs in the restaurant industry.

While the April study found that the restaurant industry as a whole has actually grown since implementing a wage increase, “employment in the industry has grown more slowly than it would have without minimum wage hikes," the research indicated.

"We lost control of our largest controllable expense," Jon Bloostein, who own six New York City restaurants, told CBS MoneyWatch. "So in order to live with that and stay in business, we're cutting hours."

While change is inevitable, culinary experts are excited about the future.