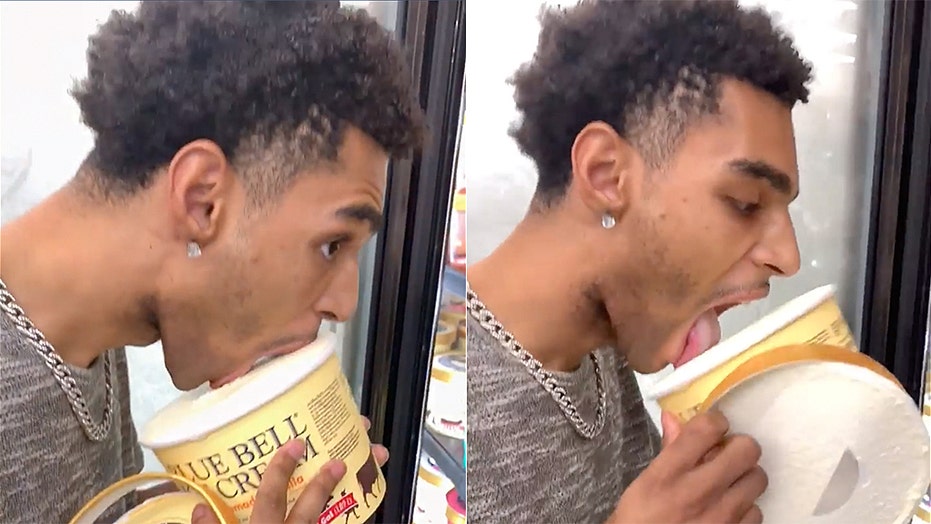 One Texas man likely won’t be getting the last laugh for recently licking a tub of Blue Bell ice cream and returning it to the frozen shelf of a local Walmart, now that he's been booked into jail on charges of criminal mischief.

On Monday night, a Facebook user identified as “Dapper Don” uploaded a 20-second video that has since gone viral with over 127,000 views to date.

Removing a tub of Blue Bell’s homemade vanilla flavor from the freezer aisle of Walmart’s Twin City Highway location in Port Arthur, the man opened and licked the dessert twice before putting it back on the store shelf with the lid reattached.

In the days since, authorities have identified the jokester as D'Adrien Anderson, revealing that the 24-year-old Port Arthur man later bought the tampered with ice cream and that no charges would be immediately filed against him.

As for the jokester himself, Don said that the stunt successfully won him the attention he was seeking.

"I trolled all Southeast Texas," he told 12 News Now, adding that he often pulls off “pranks” for social media videos.

Meanwhile, a “huge outcry from the public” loomed over the incident as the district attorney's office reviewed the controversial case, according to the outlet.

D'Adrien Anderson, 24, has been booked into jail on charges of criminal mischief for his recent ice cream-licking gimmick at a Texas Walmart. ((Dapper Don / Facebook))

"This guy loves publicity even if it's for the wrong reason," Wortham said. "That can lead to bigger and worse things. If we're going to save this guy, we have to do it with this case or he's over the hill."

Moving forward, Anderson faces up to a year behind bars and maximum fine of $4,000 for his ice cream licking stunt gone wrong.

Responding to the incident, reps for Blue Bell confirmed they removed – and replaced – all half-gallon sizes of their homemade vanilla flavor at the affected store in the wake of the prank.

Officials with Walmart echoed similar sentiments, agreeing that there is nothing funny about the real-life crime of food-tampering and voicing their commitment to collaborating with authorities on such offenses in their stores.

“If food is tampered with, or a customer wants to leave the impression that they left behind adulterated product, we will move quickly with law enforcement to identify, apprehend and prosecute those who think this is a joke — it is not,” a rep told 12News of Anderson’s crime.

While reps for Blue Bell did not immediately return Fox News’ request for comment on Anderson’s arrest and the potential consequences of such ice cream-licking headlines on sales, one marketing professor has argued that the ice cream maker’s response to these tampering incidents can either make or break the brand’s reputation.

“I cannot imagine how these (ice cream licking) videos would not affect buying decisions and consumer confidence during the middle of ice cream season,” Utpal Dholakia, a professor of business and marketing at Rice University, recently told Houston Chronicle.

“I know the chances of a tampered carton are very small — virtually nonexistent — but because it’s top of mind, you can’t help but be risk averse,” Dholakia explained. “This is a huge problem for the Blue Bell brand.” 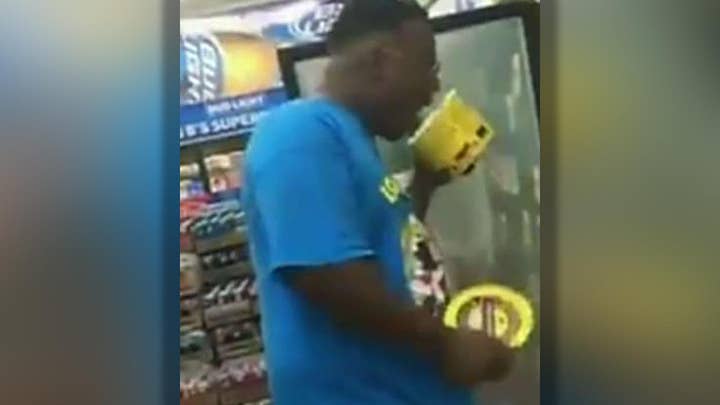 Anderson may have gotten the idea for the flop of a joke from two similar situations that made headlines in July.

Early in the month, a Louisiana man was charged with criminal mischief and unlawful posting of criminal activity for notoriety and publicity, after licking a tub of ice cream from a grocery store shelf and putting the product back – even though he later purchased the tub.

The offender’s alleged criminal act was seemingly inspired by that of a girl who was caught on camera doing the same thing — licking a tub of Blue Bell ice cream and placing it back on the shelf — at a Walmart in Lufkin, Tex. just a few days before.