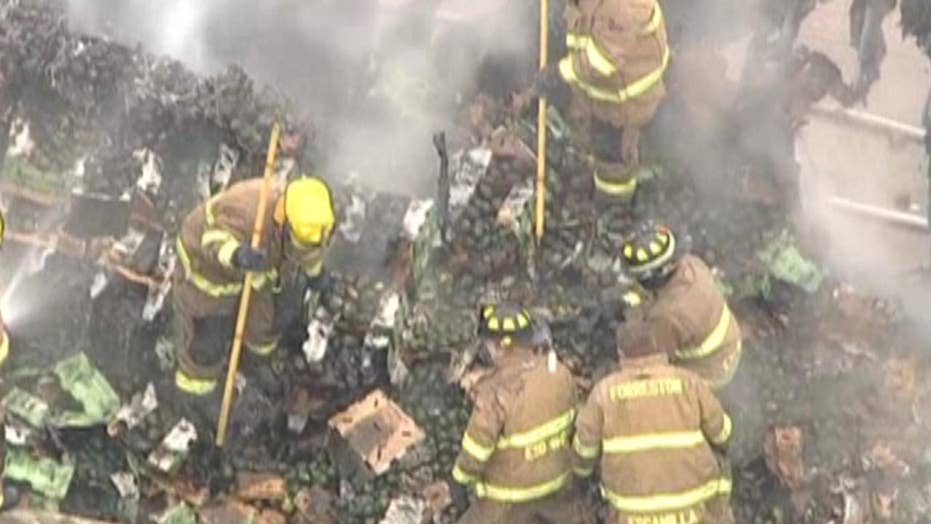 About 40,000 pounds of scorched avocados spilled onto an interstate south of Dallas this week after the 18-wheeler hauling them caught fire.

Interstate 35E was closed in both directions for nearly three hours, the Fort Worth Star-Telegram reported. Authorities worked to extinguish the blase and determine its cause, Fox 6 in Dallas-Forth Worth reported.

No one was injured in the fire, which was believed to caused by a mechanical failure, according to the Texas Department of Public Safety.

Mexico is the largest distributor of the green fruit known for its healthy fats. It is believed to help reduce the risk of cancer and heart disease.

As of May, the average cost for Hass avocados was $1.27 each, which is an increase of 98 cents from the previous year, according to U.S. Department of Agriculture data.