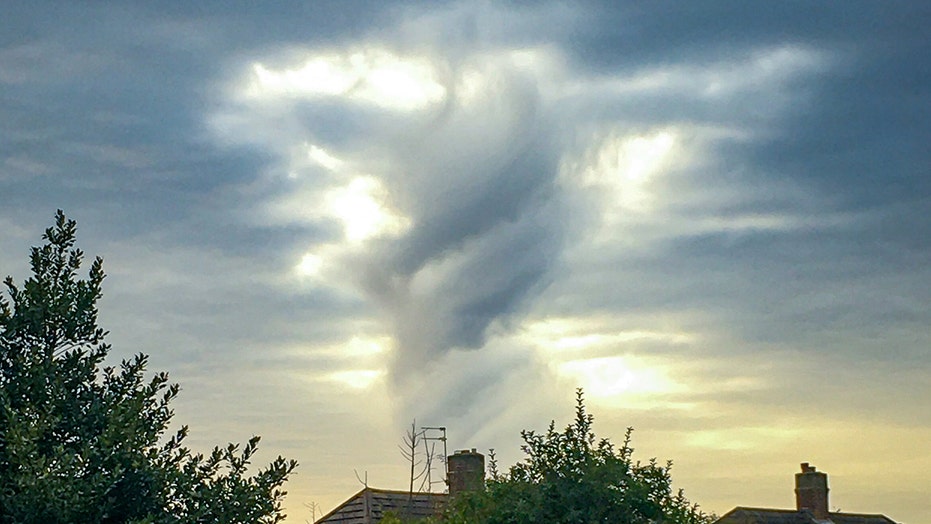 A United Kingdom woman was left stunned after she snapped an "eerie" photo of a cloud some say looks like Jesus.

Caroline Hawthorne was making a cup of tea at her house Jan. 4 in West Midlands, England, when she spotted the image outside her kitchen window, Daily Mail reported.

LIVERPOOL SOCCER STARS PARTICIPATE IN BAPTISM: 'I AM STILL SPEECHLESS'

"It was really odd — the sky was quite cloudy and there was this weird cloud formation," Hawthorne said after sending the photo to friends and family.

A strange cloud spotted by Caroline Hawthorne over her house in Birmingham which she says looks like a looming Jesus figure. (SWNS)

She added, "People have been telling me it looks like an angel or Jesus with his arms outstretched."

Hawthorne said the Saturday morning clouds looked like a tornado but she wanted to grab a photo on her iPhone before it disappeared.

"It was so bizarre and I've never seen anything like it," she said.

This isn't the first time believers have claimed to see their Savior depicted in nature.

In May, a man in Argentina took a photo of sunlight shining through the clouds that look like an image of Christ. Then in March, a similar image was captured by a man in Italy during sunset and in April, a Lynchburg, Va. woman, said she saw Jesus in the rocks on a walk in the woods.