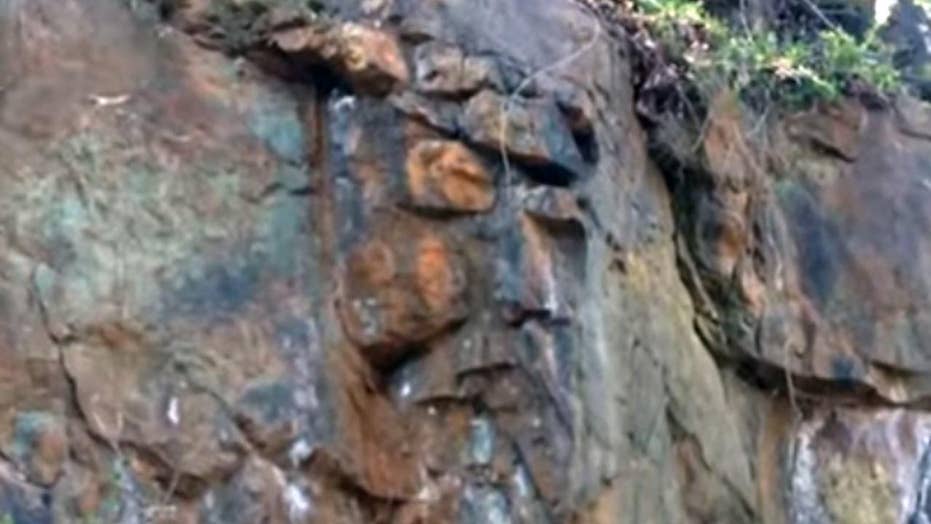 Virginia woman captures image of Christ in the rocks

A Lynchburg, Va. woman claims she saw Jesus in the rocks on a walk in the woods.

"I swear I see Jesus on this rock," Shae House, the woman who stumbled upon the image, said in a video she posted on YouTube.

MAN CAPTURES IMAGE OF JESUS SHINING THROUGH THE CLOUDS: 'I WAS ENCHANTED'

"Do you see the nose, shut eyes, crown of thorns, bruised and puffy left eye, punched-wounded- puffy left cheek, beard, mustache, hair, long hair down the right side?" she asked in the video posted on March 27.

She didn't notice the image of the Son of God until she peered into her camera lens, then it became clear to her.

She told the local news that she entered the Blackwater Creek trail, just a few miles off of Liberty University's campus around the first day of Spring when she stumbled upon the divine rock formation.

"I was listening to my praise and worship music on my phone and was praising God humming, I just didn't think I'd SEE God," House told WSET.

She pointed out that the image of Jesus can only be seen at a certain angle.

"The more you stare the more you see! It's absolutely beautiful!" she wrote."And you shall see signs and wonders! Praise God!"