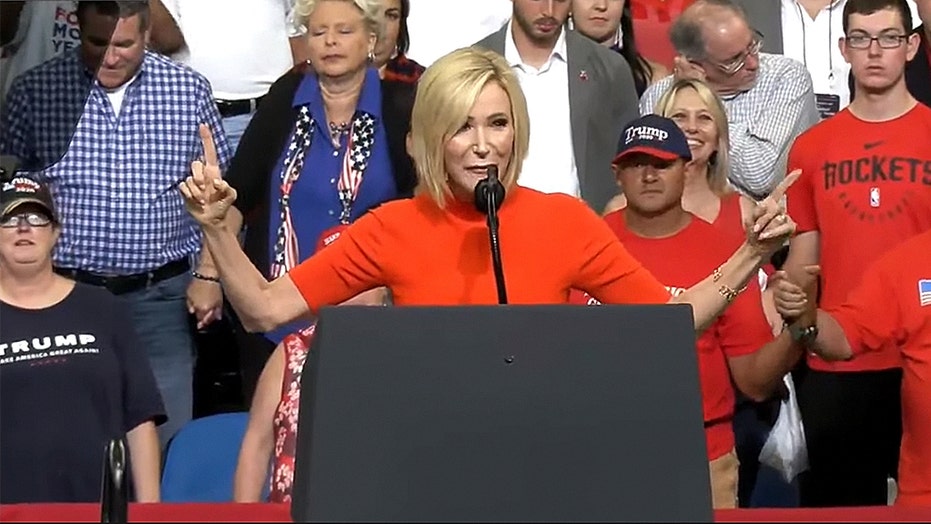 Personal pastor to President Trump Paula White-Cain, author of 'Something Greater,' says she will advance the faith agenda of all Americans and support alleviating poverty, strengthening families and building better communities.

As President Trump made history by becoming the first president to address the March for Life in person Friday, a liberal activist group online posted a clip of Paula White-Cain's sermon in which she prayed for "all satanic pregnancies to miscarry."

The clip quickly went viral and prompted enough backlash for a response.

The phrase "satanic pregnancies" trended on Twitter Sunday after others shared the clip--originally posted by Right Wing Watch--of Trump's personal pastor and spiritual adviser praying during a Jan. 5 sermon. Many accused her of praying for actual miscarriages, which the televangelist denied.

WHO ARE THE HIGH-PROFILE EVANGELICALS ATTENDING THE MARCH FOR LIFE?

"I don't normally respond but clearly this has been taken out of context," White-Cain, the charismatic Florida megachurch pastor, tweeted, adding she was praying a Scripture from Ephesians on spiritual warfare. "Anything that has been conceived by demonic plans, for it to be canceled and not prevail in your life, that is, any plans to hurt people."

"Let's be clear what is really going on," she added. "This is a disingenuous attempt to use words out of context for political gain. I will just keep praying!"

WHAT ARE THE DEMOCRATIC PRESIDENTIAL CANDIDATES' RELIGIONS?

Rick Wilson, co-founder of the anti-Trump GOP project that mocked evangelical supporters with a "MAGA Church" ad, blasted her, tweeting, "Without Satanic pregnancies, would we even have a Paula White?"

It was not the first time the media has gone after Trump's pastor, who advises the president's Faith and Opportunity Initiative at the White House.

At Trump's 2020 re-election campaign rally kickoff in June, White-Cain led a fiery call to stop "every demonic network" that comes against the president and this nation. It was mocked by Mediate and others in the mainstream media as a "political exorcism."