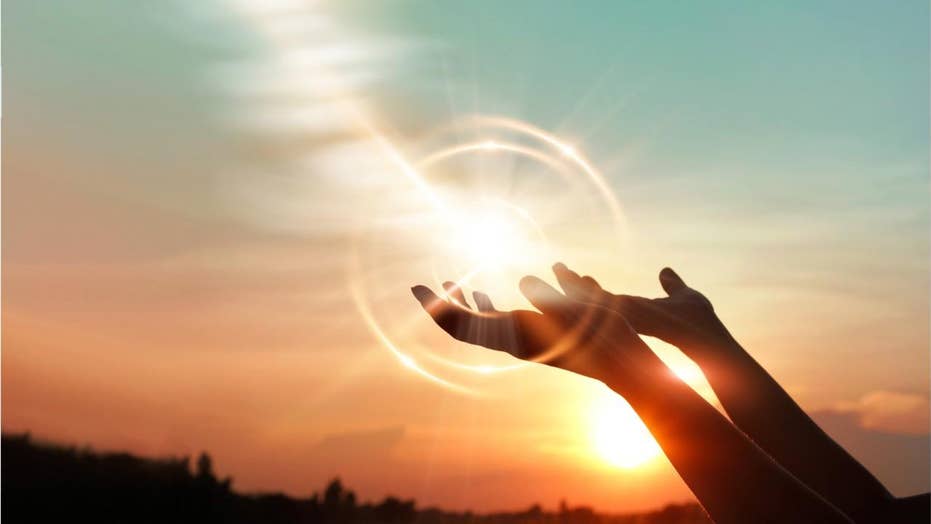 What are the Democratic presidential candidates’ religions?

These are the religions of the 2020 Democratic presidential candidates.

The following is a look at the faith of the top 2020 Democratic presidential candidates:

Former Mayor of South Bend, Ind., Pete Buttigieg was baptized Catholic but says he did not consider participating in the church because he is gay. He eventually settled on the Episcopal Church, the American branch of Anglicanism and a progressive branch, which voted to allow same-sex marriages.

"I was reluctant to talk about (religion) for a long time," Buttigieg told CNN. But after he married his husband, Chasten Glezman, at the Cathedral of St. James, and declared his candidacy, he has pointed to his faith on the campaign trail.

He questioned whether President Trump believes in God, called Vice President Mike Pence a "cheerleader for the porn-star presidency," and condemned conservative Christians as moral hypocrites for supporting the Trump administration.

Minnesota Sen. Amy Klobuchar said she is a Congregationalist, a member of the United Church of Christ, and her husband is Catholic.

"Faith is very important to me, it helped me get through my dad’s addiction. I think everyone should be able to practice whatever religion they want in this country," Klobuchar said during a CNN town hall. "That’s the United States of America. Or not practice religion.  But for me that’s a very important part of my life.”

Vermont Sen. Bernie Sanders told the New York Times he is "proud to be Jewish" but is "not actively involved in organized religion."

“I am Jewish,” Sanders told the Times’ editorial board when asked whether he believes in God. “I am proud to be Jewish. I was bar mitzvahed from the Kings Highway Jewish Center, a long time ago. I am not actively involved in organized religion.”

Sanders says he believes in God and freedom of religion in contrast to President Trump, whom he says practices discrimination by restricting immigration from a number of Muslim-majority countries.

Former Vice President Joe Biden has not been shy about his Roman Catholic faith, with which he has always identified.

"I find great solace in my faith," Biden told NPR in 2017. "I happen to be a Roman Catholic, a practicing Catholic … I found that, for me, the externalities of my faith bring me a sense of peace. … My son died, and he had this set of rosaries on and I’ve been wearing it since and I will wear it till I die. … I’m not saying when I pray the rosary God’s gonna help me — it’s just solace."

The former senator was denied communion at a Catholic church in South Carolina for his support for abortion rights, which he refused to comment on saying it was his "personal life." He also diverges from the church's official stance on LGBTQ rights, backing same-sex marriage.

Although Massachusetts Sen. Elizabeth Warren says she grew up as a Methodist, she attends various churches and told a CNN town hall that she taught Sunday School to fifth graders.

"My faith animates all that I do," Warren told reporters at the Rainbow/PUSH Coalition's annual convention in Chicago. "I truly do believe in the worth of every single human being."

The billionaire-turned-liberal activist Tom Steyer was raised by a Jewish father and Episcopalian mother, and he said he was taken to synagogue and church and given the option to choose synagogue, church, or neither.

At 30 years old, he told his mom he believes in God. He has adamantly pushed for impeachment against President Trump and fighting climate change, and says it is informed by his Christian faith.

Steyer told ABC News' "Journeys of Faith with Paula Faris" every day he inks a Jerusalem cross on his hand to remind himself to "do the right thing."

Billionaire and former mayor of New York Michael Bloomberg is running for president out of his own pocket but in 2007 he lamented America was never going to elect a “short, divorced Jewish billionaire" commander-in-chief.

According to a 2010 story in The Wall Street Journal, Judaism “never took a stronghold in the New York mayor’s own life, his advisers and other observers say. He believes in God, but is more likely to be found at church for a political event than temple for worship. He grew up among very few Jews in Medford, Massachusetts, but his family maintained some traditions, such as a kosher kitchen and Hebrew school.”

A member of the Temple Emanu-El, the Upper East Side Reform synagogue, Bloomberg didn't raise either of his daughters Jewish nor is his current companion Jewish.

"I was brought up in an entirely secular household," Yang told the H3 Podcast in December. His wife, Evelyn is a Christian and together they are raising their kids "in the church."

"The church we belong to is very progressive. They've got a rainbow flag up out front," he added about the Reformed Church of New Paltz. "Certainly I'm very excited to have my little boys in that kind of environment because I can see that they love it."

Rep. Tulsi Gabbard of Hawaii became the first Hindu to join either chamber of Congress, sworn in on the Bhagavad Gita in 2013, but on her website, she highlights being "raised in a multi-faith family studying both the Christian and Hindu scriptures.

She grew up celebrating Christmas and Janmashtami, the birth of Krishna, and she says, "rather than saying I’m 'religious,' it would be more accurate to say that I am a very spiritual person, and yoga and meditation are the focus of my spiritual practices."

Gabbard, the first female combat veteran to run for president, said her faith was put to the test while she served in Iraq. She married her husband, Abraham Williams, in 2015 in a traditional Vedic wedding ceremony.