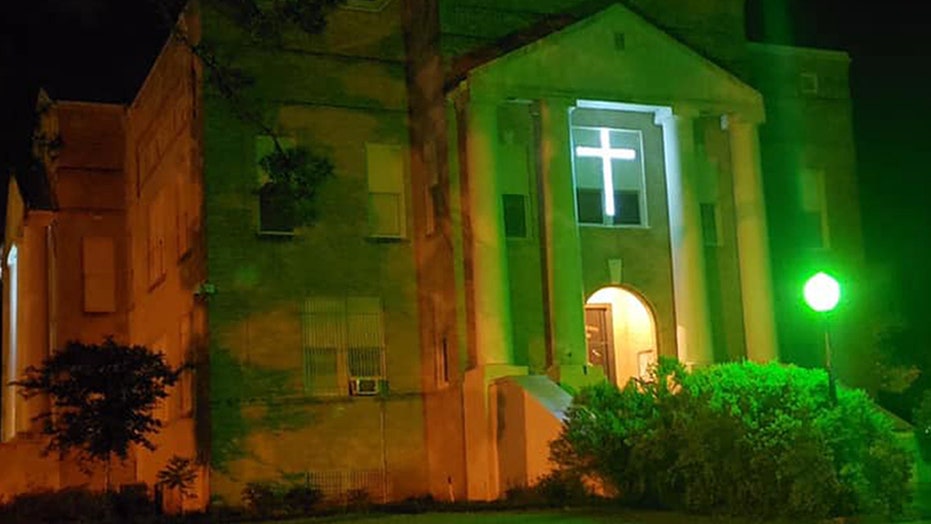 Texas county votes to keep crosses on the courthouse

The Freedom from Religion Foundation said the crosses violate the Constitution. San Jacinto County is preparing to seek legal counsel after unanimously voting to keep them.

A small town an hour north of Houston, Texas is defying an outside group's demand to take down a Courthouse cross with one simple act.

After the Wisconsin-based Freedom From Religion Foundation complained that four crosses on the San Jacinto County Courthouse violated the Constitution and should be taken down immediately, the community rallied, Texas-style.

Hundreds gathered at a town hall and voiced their support for the crosses before county officials unanimously voted last week to keep them on the building.

Resident Cloresa Porter said "the devil is alive” and “political correctness is a one-way ticket to Hell."

Local preacher Terry Holcomb got a standing ovation when he delivered a message to the Freedom From Religion Foundation, telling them to: “Go suck a tailpipe.”

"THIS is how we roll in San Jacinto County!" Wright wrote on Facebook. "Not only did we not cower to the Wisconsin Whiners, we Lit Them Up!"

“We absolutely identify with David’s plight and we’re willing to toss that rock,” Wright told the "Todd Starnes Show" on Monday.

He hopes the illuminated crosses, which are normally only lit up for the holidays, inspires the rest of the country.

“Even a small, tiny speck of a community – when you come together and you share conservative principles – you can push back against any of these anti-religious groups," Wright added. "We don’t need freedom from religion. We need freedom of religion.”