All South Dakota public schools will display "In God We Trust" in the coming school year after a new law took effect this month, requiring the state's 149 districts to paint, stencil or prominently feature the national motto.

Schools have discretion on how the phrase is displayed, but it must be at least 12 inches by 12 inches and approved by the principal, according to the law.

The law doesn't provide funding for the move.

"Some have plaques. Others have it painted on the wall, maybe in a mural setting," said the executive director of Associated School Boards of South Dakota, Wade Pogany.

IS 'IN GOD WE TRUST' OFFENSIVE? 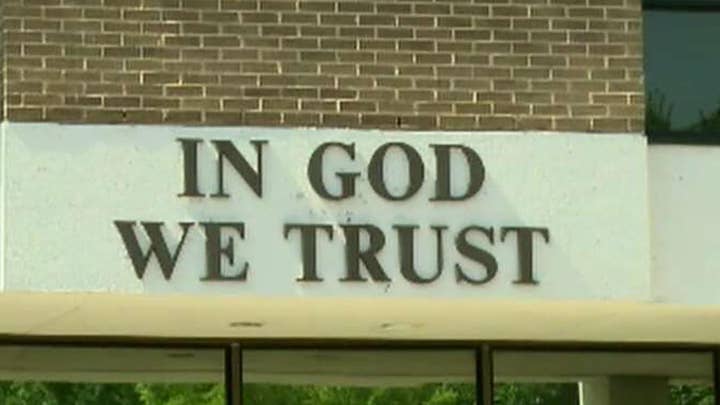 One school featured it within its freedom wall as a patriotic theme, Pogany said.

The Freedom From Religion Foundation, which advocates for the separation between church and state, has urged its South Dakota members to contact lawmakers to express opposition to the law. The motto is also featured on U.S. currency.

"Our position is that it's a terrible violation of freedom of conscience to inflict a godly message on a captive audience of schoolchildren," Annie Laurie Gaylor, foundation co-president, said Wednesday.

All 23 public schools in Rapid City have already stenciled the phrase on walls. A spokeswoman for the Rapid City Area Schools district told the Rapid City Journal it paid roughly $2,800 to do so.

A group of students from the district's Stevens High School proposed an alternate version that included such names as Buddha, Yahweh and Allah, in the interest of inclusivity. The group said the motto appeared to favor Christianity over other religions.

A growing number of states have allowed "In God We Trust" in schools and other public areas in recent years. 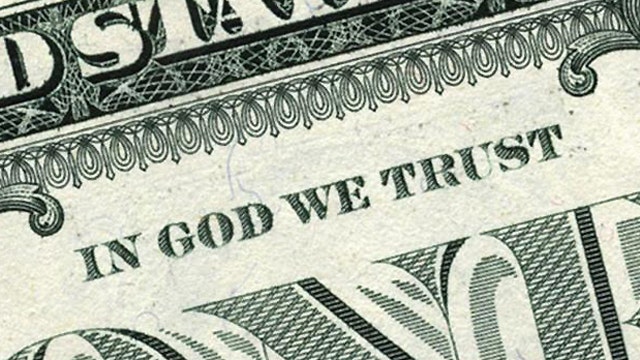 Indiana lawmakers are considering a bill that would add "In God We Trust" posters to classrooms in public schools. A California city in June approved adding the motto to its police and fire vehicles.

In June, the Supreme Court rejected a case seeking to remove the phrase from coins and paper currency.