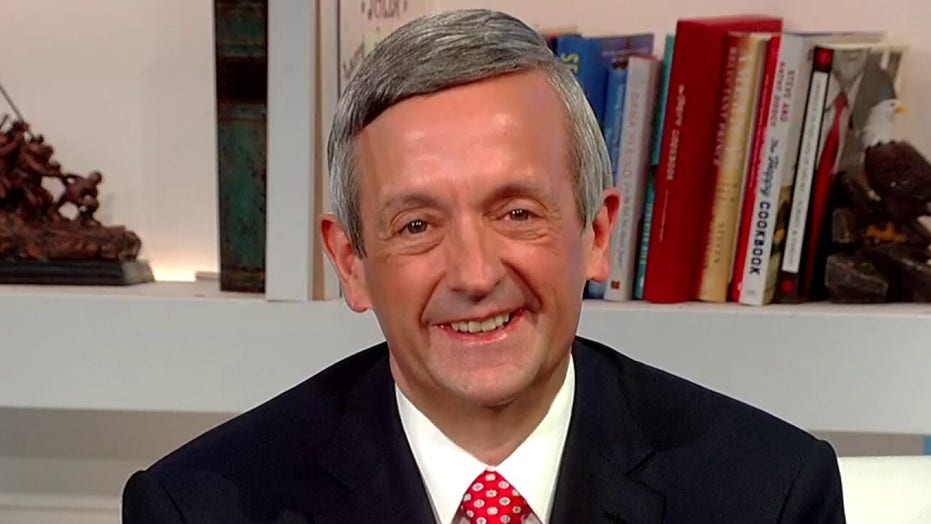 President Trump says he doesn't like people who 'use their faith as justification for doing what they know is wrong'; Fox News contributor Pastor Robert Jeffress reacts.

"[Trump] absolutely hates phoniness...and the president thinks there's something inherently phony about saying that you're praying for him while you're working 24/7 to destroy him," the author of "Courageous: 10 Strategies for Thriving in a Hostile World," told "Fox & Friends" Friday.

"And, by the way, the Bible supports his skepticism," the Dallas pastor added, quoting James: "We shouldn't be blessing and cursing at the same time."

At Thursday's prayer breakfast after being acquitted by the Senate, Trump, referring to Romney and Pelosi, said, "I don't like people who use their faith as justification for doing what they know is wrong, nor do I like people who say, 'I pray for you' when they know that that's not so."

Pelosi, who was four seats away when Trump made the comment, responded during her weekly press conference.

"He's talking about things he knows little about -- faith and prayer," Pelosi said

After someone told Trump that Jesus commands us to "love our enemies," he asked Jeffress what the pastor thought about it.

"I said, 'Mr. President, to love your enemies means to want God's best for them, but it doesn't mean you're going to be unified with them. Truth divides people."

On Romney, who became the first senator in U.S. history to vote in favor of removing a president from his own party from office, Jeffress said, "I can understand why the president would think the decision was based more on self-promotion and bitterness than it was prayer." 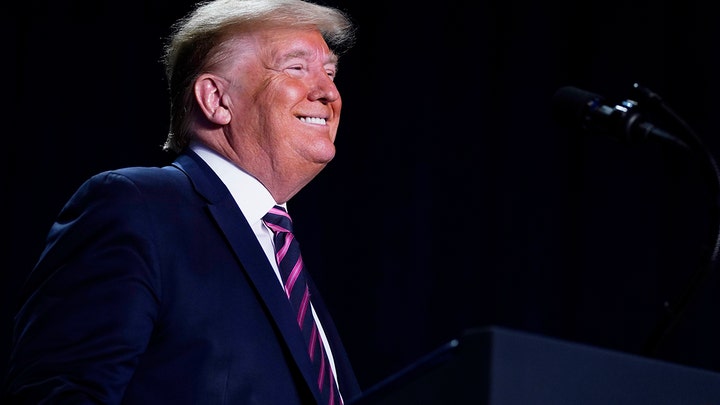 "Mitt Romney has had vitriol against this president for years," he explained. "It's obvious he's bitter that the American people rejected him two times for president and President Trump was able to do something he wasn't."

Trump's evangelical support, a key part of his conservative base, is steady with a 71 percent approval rating, according to the latest Fox News poll.

"This impeachment process has really mobilized his evangelical base,"  the pastor said, predicting a "landslide" in November. "I believe that evangelical turnout will be greater than even the historic turnout in 2016."