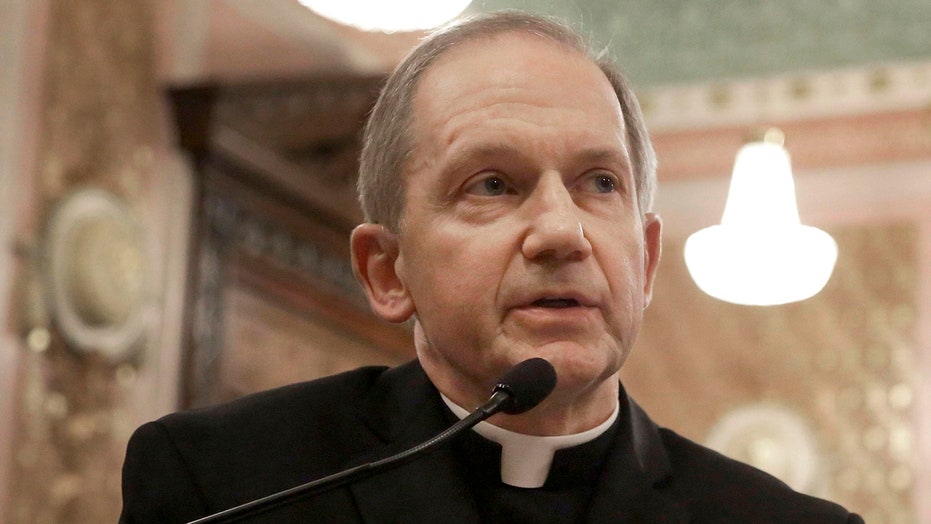 An Illinois bishop who calls an abortion bill passed by the state legislature "extreme" issued a decree Thursday that no lawmakers who supported it will be able to receive communion for "promoting the abominable crime and very grave sin of abortion."

Illinois House Speaker Mike Madigan and state Senate President John Cullerton, both Catholics who pushed for The Reproductive Health Act, a sweeping abortion rights bill that repeals several restrictions on abortions, have been banned from partaking in the sacrament of communion at Mass in the Springfield diocese.

The bill, approved last Friday, is awaiting the governor's signature.

LIBERALS MOVE TO PURGE PRO-LIFE DEMS FROM PARTY, AMID FUROR OVER ABORTION LAWS

Bishop Thomas Paprocki of the Diocese of Springfield, Ill., which includes the state's capital, said pro-abortion lawmakers who supported the bill that removes waiting periods, spousal consent and criminal penalties for doctors who perform abortions, are promoting a position that is "inconsistent with being a good Catholic, a faithful Catholic."

"We have to be clear that you cannot be pro-abortion and be a Catholic in good standing," Paprocki told the National Catholic Register. "And that’s what this is really intended to do."

Madigan said he was notified by Paprocki that if he backed the bill he would not be able to take communion, but he backed it anyway, adding in a statement the bill is "a recognition that women across Illinois deserve access to health care without intrusion from the government."

While the Church's position is clear, not all Catholic leaders agree with Paprocki, who added that he was not doing it to punish them but to encourage them to have a change of heart.

Father Michael Pfleger, a priest in the Archdiocese of Chicago, said he's entering a "dangerous area" in deciding who should and should not take communion based on political stances. Father Thomas Hurley accused Paprocki of "using Holy Communion as a weapon."

The Thomas More Society, a pro-life group, told Fox News the bill will make Illinois the "abortion capital of America."

In a similar move earlier this year, Catholic leaders called for New York Gov. Andrew Cuomo to be excommunicated for his "flagrant celebration of a pro-abortion bill," but the Democratic governor brushed off the criticism: "I'm not here to legislate religion."

After New York passed the abortion bill, a number of states have passed anti-abortion "heartbeat" bills and other measures in response.