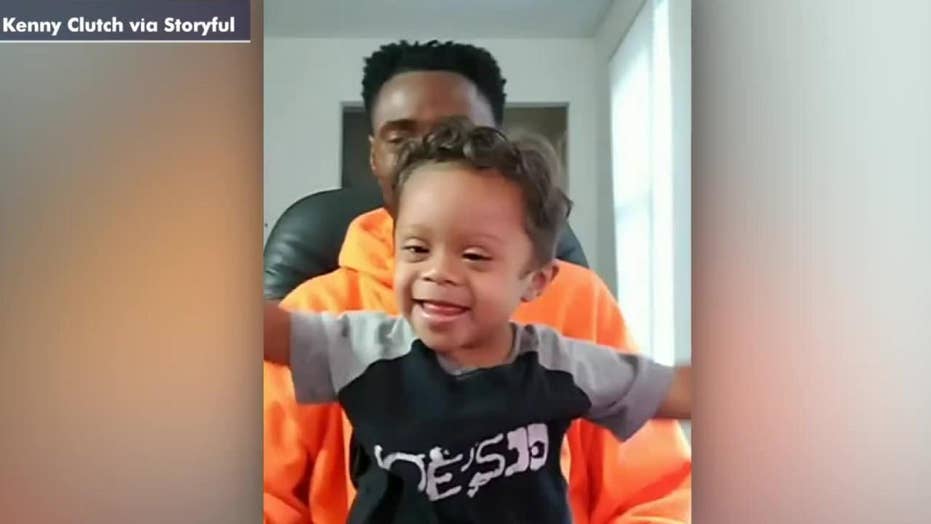 Here are some good stories of inspiration, reunions, and giving back that we could all use this week. 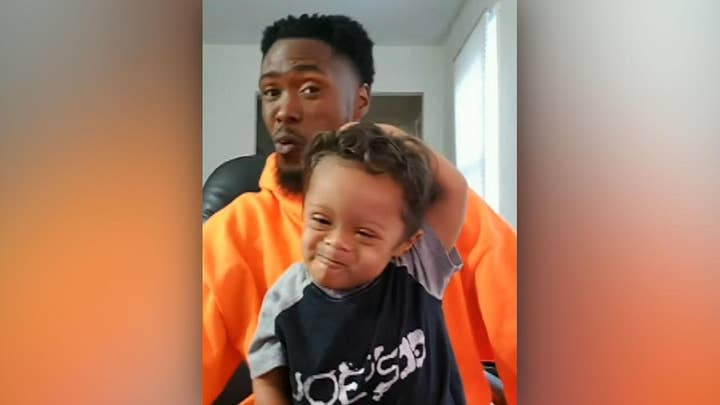 Kristian, who was born with Down syndrome and later diagnosed with leukemia, is seen throwing his hands up in the adorable clip.

Thomas, a dancer and motivational speaker, shared the clip with his 82,000 followers to inspire others after his son underwent several rounds of cancer treatment before being declared cancer-free in Nov. 2018.

Pooch and owner back together after 12 years

"Dutchess," a toy fox terrier who had been missing since 2007, was reunited with its owner.  (Humane Animal Rescue via AP)

Dutchess and her owner, Kathryn Strang, had an emotional reunion more than 12 years and 1,130 miles in the making!

The adorable pup and her South Florida-based owner were reunited in Pittsburgh after the Humane Animal Rescue found her under a shed and used her microchip to bring the two back together.

"Hi baby. Hi, I missed you," Strang said, as she embraced her Toy Fox Terrier for the first time since she let her out one morning in 2007. "I missed you so much...I love you."

Trooper risks life to save driver stuck on tracks 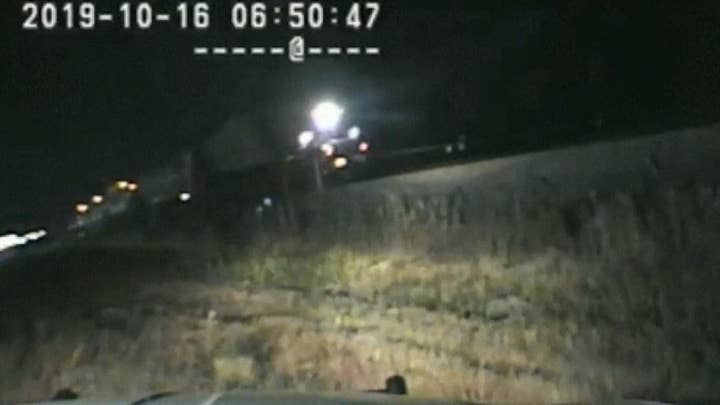 A Utah Highway Patrol Officer is being hailed a hero after he risked his life to pull an unconscious man off the train tracks just moments before a train barreled through.

Dashboard camera footage shows Trooper Ruben Correa bolting out of his vehicle and running into the path of the oncoming train to rescue the driver from the vehicle that crashed on the tracks.

It wasn't until the train launched the SUV from the tracks that Correa realized how close the train was: "I actually wasn’t really thinking, I was just doing my job, and the main concern was getting him [the driver] out." 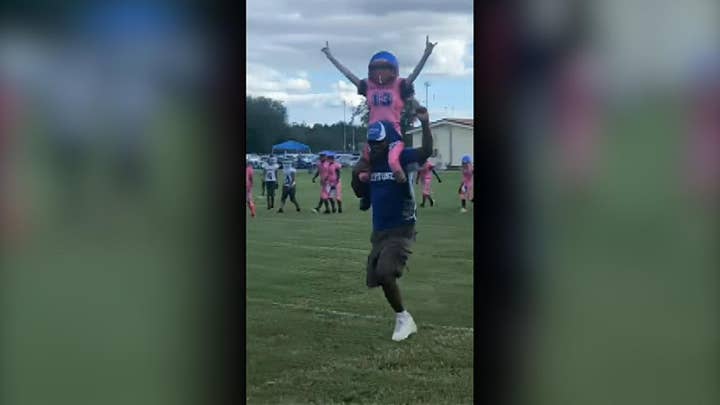 Austin Booth, a 12-year-old Florida boy who has congenital heart disease and doesn't have the option of a heart transplant, had just one wish: to score a touchdown.

And on Sunday, his team made his dream a reality, carrying him on the back of a teammate and crossing the finishing line as everyone cheered his name!

“This was so much bigger than football,” Angela Booth, the boy’s mother, told ActionNewsJax.com. "It was just amazing."

Ilyong Ju, a North Korean defector, is studying at an elite university in South Korea today so that he can be a human rights lawyer and bring freedom to everyone living in the Hermit Kingdom. (Liberty in North Korea)

Ilyong Ju escaped North Korea at the age of 12 in 2008 and his exceptional journey has taken him from a farm in the Hermit Kingdom where he wasn't allowed to attend university to the White House and now to one of South Korea's top universities.

Ju told the human rights group, Liberty in North Korea (LiNK), that he's humbled that he can study to be a human rights lawyer, a dream he had as a kid to help save his friends who were starving and dying and are still in the dire situation today.

"My dream is to be a human rights lawyer that works to protect the rights of North Korean people," Ju told LiNK. "So that, someday, people don't have to escape anymore, and I will not stop until every North Korean gets the freedom that they deserve."