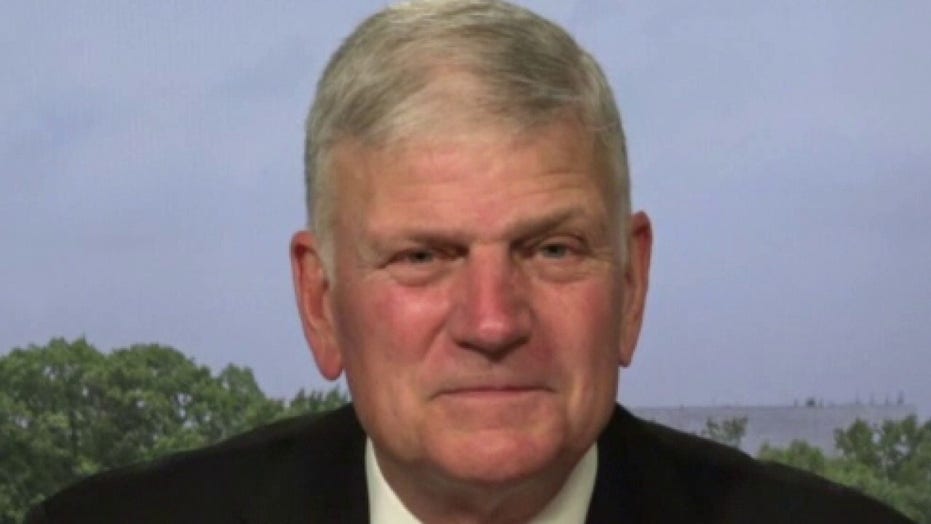 Evangelist Franklin Graham is leading a prayer march Saturday in Washington, D.C. that will seek God's healing for a nation in crisis.

"I think our country is in trouble, and Democrats will tell you that, Republicans will tell you that. ... We're coming today to call upon the name of God, because I believe only God can fix the problems that we face in this nation today," Graham said on "Fox & Friends Weekend" ahead of the march.

Graham, president of Samaritan's Purse and the son of the late Billy Graham, organized the 1.8-mile Washington Prayer March 2020, which starts at the Lincoln Memorial at noon and ends at the steps of the Capitol.

"My prayer is for healing -- that Jesus Christ, God's son, as a nation we would turn our eyes back to him. You know, 150 years ago, your pastors, the churches, were the political leaders in every community," Graham told co-host Pete Hegseth.

Recalling nationwide protests during the Vietnam War, Graham believes the nation is even more divided today.

"We need a spiritual healing in this country and only God can do that," the evangelical leader said.

Graham laments that the church and its leaders have been marginalized today.

"I believe the socialists in this country would like to shut the churches, but I'm going to just pray that we will turn our eyes to God ...," he said.

The bipartisan prayer march comes amid a global pandemic, heated presidential race, and racial and social unrest across the country.

"We're going to try to cover all those that are in government with our prayers, and we're not going to be just praying quietly. I've asked everybody as we march, let's pray out loud as we go. I want everybody in this city to know that the church of the Lord Jesus Christ has shown up, and we're here, in His name," Graham said.