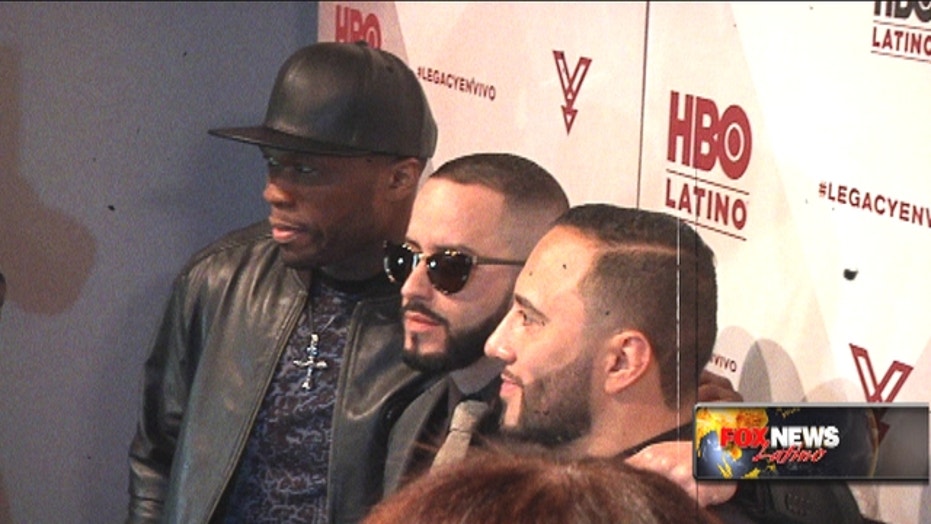 Yandel says he’s enjoying the soloist phase of his career

Yandel teamed up with HBO Latino to record the behind-the-scenes moments that culminated with him selling out the famed Jose Miguel Agrelot Coliseum in Puerto Rico.

Puerto Rican reggaeton sensation Yandel is well-known for being part of Wisin y Yandel, a powerhouse duo that sold out concerts and albums worldwide.

In 2014, the duo took a hiatus and pursued solo careers, collaborating with some of genre’s biggest artists.

To commemorate Yandel’s journey as a solo artist, he teamed up with HBO Latino to capture behind-the-scenes moments, culminating with him selling out the famed Jose Miguel Agrelot Coliseum in Puerto Rico. It’s part of HBO Latino’s concert special series that has included the likes of Carlos Santana, Romeo Santos, Thalia and Shakira.

“Those were nice times I spent, even my family was there – you can see my kids in the documentary, too,” Yandel told Fox News Latino at a special viewing “Yandel: Camino al Concierto” in New York.

“I’ll be in Isla Verde, I’ll be in San Juan, and I’m going to show a bit of El Morro, play some pool. I will do a little bit of everything.”

“To have a company like HBO do a whole documentary on you, not only to record the whole concert, but actual show his life, his personal life, show his success worldwide, is something that every Latino should be proud of and should come out and support,” Sensation told FNL. “He’s got a lot of big things coming. He is one of the major urban Latin artists in the world right now. Yandel is definitely a household name.”

Yandel, 38, said he is really enjoying the soloist phase of his career.