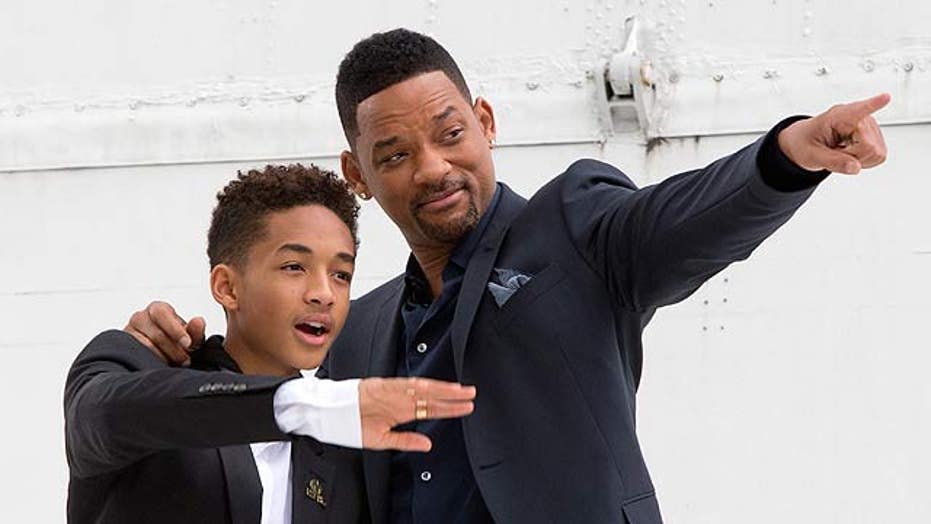 Break Time: Will Smith's family is not like the Kardashians

Will Smith says his family is very different from the Kardashians.

Will Smith may not be a "Keeping Up With the Kardashians" fan. In a joint interview, Will’s son Jaden Smith, 14, was asked about his rumored romance with Kylie Jenner – but before Jaden could answer — Will interrupted and spoke about the famous family.

Jaden tried to respond by saying, “I’m trying to understand,” but his father cut him off. "Don’t,” Will instructed Jaden. “You know, he’s never had to, to deal with those kinds of questions.”

“Well, forget the Kardashians,” the interviewer said. “Maybe you could just…”

“So how do you think your life is similar or un-similar to people’s names in Calabasas?” Will responded in a mimicking tone. He then added: "For our family, the entire structure of our life, our home, our business relationships—the entire purpose is for everyone to be able to create in a way that makes them happy. Fame is almost an inconsequential by-product of what we’re really trying to accomplish. We are trying to put great things into the world, we’re trying to have fun, and we’re trying to become the greatest versions of ourselves in the process of doing things we love. So the idea of fame or exploitation or orchestrating the media is sometimes even less than desirable for us."

Not a lot of things make Will mad, but apparently being compared to the Kardashians just might.