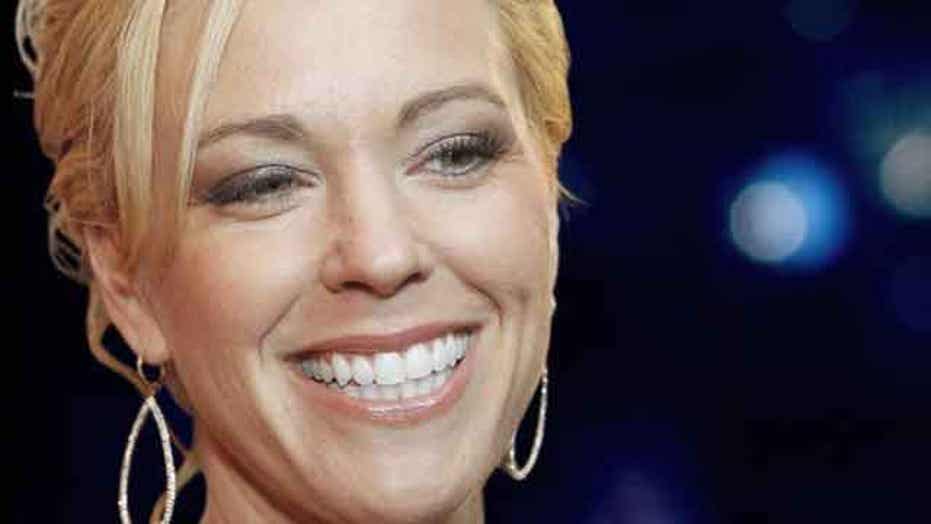 When stars should stop plastic surgeries

Plastic surgery can keep a Hollywood career going a few extra years, but it can also lead to disaster

NEW YORK – Kate Gosselin’s star may have faded once her reality show, “Kate Plus Eight,” was canceled, but the same cannot be said for her looks. The divorcee made recent appearances on ‘The View’ and ‘Celebrity Wife Swap” were she looked noticeably different. Some speculated that Kate may have had a nose job and chin lift, plus various injectables.

Gosselin would hardly be the first celeb to under the knife rewind the clock, but is it really necessary for aging stars to have a little nip and tuck in order to stay in the Hollywood game?

“Well Kate Gosselin certainly had work over the years especially when she started out on the show 'Jon & Kate Plus 8' about seven, eight years ago, to what she looks like now," said Matt Coppa, Deputy Editor at Star Magazine. "The problem is I feel like she went a little too far with her plastic surgery. She went from looking like a normal housewife, to looking pretty good, to looking a little freakish with the amount of work she’s had done."

“Many women celebrities over a certain age have to keep up their youthful appearance to continue to work in the business," Coppa added. "She’s a reality star so she doesn’t necessarily have to do that and if you could see with her career trajectory the more work she’s had done the less visible she’s been and her ratings have fallen."

Laura Leu, a Senior Editor at Maxim Magazine, said that may be because Gosselin is not your typical celebrity.

“She is a mom who became famous for having six children inside of her at the one time," Leu said. "I think it’s ok, of course, it’s ok for women to get a little nip, a little tuck. I mean it’s their body they can do what they want with it. I think the problem is when it gets so crazy that they don’t resemble themselves anymore and they start looking like a robot."

Coppa said the pressure to stay forever young in Hollywood causes the majority of female stars to opt for cosmetic procedures.

“As far as Hollywood goes it seems to be that it’s required of many women to have a certain look about them, but then of course look at Meryl Streep. She’s the most sought after actress in Hollywood and she looks like she has had anything done.”

But Josh Robertson, a writer for The Smoking Jacket.com, told In the Zone Fox411, that only women have intense pressure to look eternally young.

“There’s definitely a double standard as for what’s expected for women and what’s acceptable for men," Robertson said. "There always has been, but I think as plastic surgery becomes more advanced, women are just getting a harder and harder road.”

Leu agreed that the majority of females in Hollywood must fight the signs of aging while men get a free pass into their more mature years.

“Men age and they get better looking. You know there’s the salt and pepper hair and there’s the little wrinkles around the eye and that’s sort of celebrated but it’s not always celebrated with women' Leu said. "But then again you have some women who are beautiful as they age and Helen Mirren is a perfect example of that. I mean I’d like to look like her now. She’s slammin’ and she proves that you can grow old gracefully."

So what's a middle-aged Hollywood gal to do? maybe not as much, according to our In the Zone experts.

“My recommendation to these stars is if they are going to get work done don’t take it to an extreme," Coppa said. "Know when to say when."