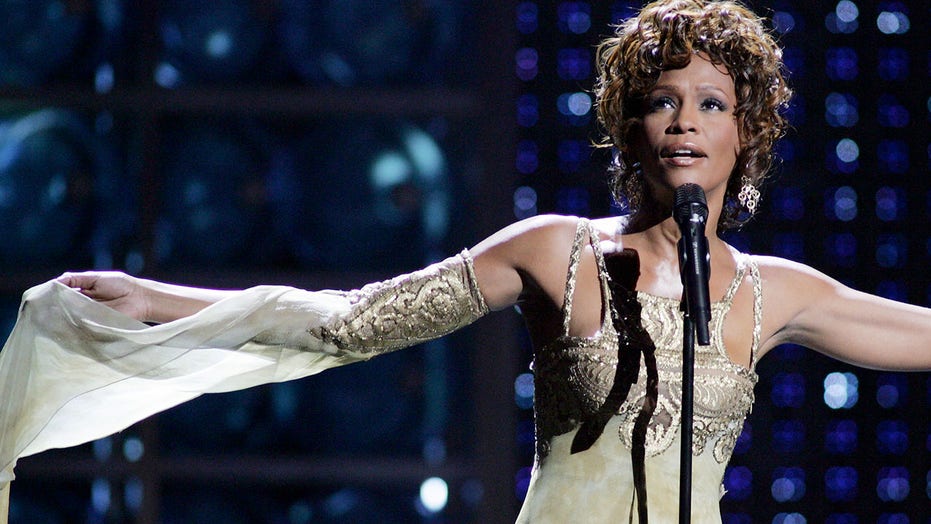 Whitney Houston’s life is getting a feature film tribute.

“I Wanna Dance with Somebody” will chronicle the life of the late singer who died in 2012 at age 48. The project is set to be written by Anthony McCarten, the mastermind behind the Queen biopic “Bohemian Rhapsody,” which earned four Academy Awards.

The biopic is being shepherded by the Whitney Houston Estate, music producer Clive Davis and Primary Wave Music, the partners said Wednesday.

Whitney Houston sings the National Anthem before a game with the New York Giants taking on the Buffalo Bills prior to Super Bowl XXV at Tampa Stadium on January 27, 1991, in Tampa, Fla.  (George Rose/Getty Images)

The film promises to be “frank about the price that super-stardom exacted," according to the media release, which explained that the project “came together after Davis first approached McCarten with the idea of a biopic, in April last year.”

“From all my personal and professional experience with Whitney from her late teenage years to her tragic premature death, I know the full Whitney Houston story has not yet been told,” Davis said in a statement. He said McCarten's script will finally reveal the “whole Whitney whose vocal genius deeply affected the world while she fiercely battled the demons that were to be her undoing.”

WHITNEY HOUSTON RECALLED AS HAPPY IN DAYS BEFORE DEATH

Houston sold more than 200 million records worldwide during her 25-year career and won six Grammys, 16 Billboard Music Awards and two Emmys before her death in 2012.

McCarten, who has gotten Oscar nominations for his scripts for “The Theory of Everything,” “The Darkest Hour” and “The Two Popes," said in a statement that he's grateful to be working closely with the people who knew Houston best.

“We are incredibly lucky to have the support and input of many of the key people who knew Whitney the best and who were there at the time, in the making of this film,” McCarten said. “I am working closely with all of them, to authentically tell the extraordinary story of a peerless talent, taken from us too soon.

WHITNEY HOUSTON MAY GO ON TOUR AS A HOLOGRAM

"Recreating for the big screen those unforgettable performances, those beloved songs, and that incredible journey, will be an enormous responsibility, undertaking, privilege and delight for myself and for our entire team,” he added.

The announcement also said that Stella Meghie is in “advanced talks” to direct. Meghie most recently directed “The Photograph” with “Insecure” creator and writer Issa Rae and “Atlanta” star LaKeith Stanfield.

The project will be backed independently and does not currently have a studio.