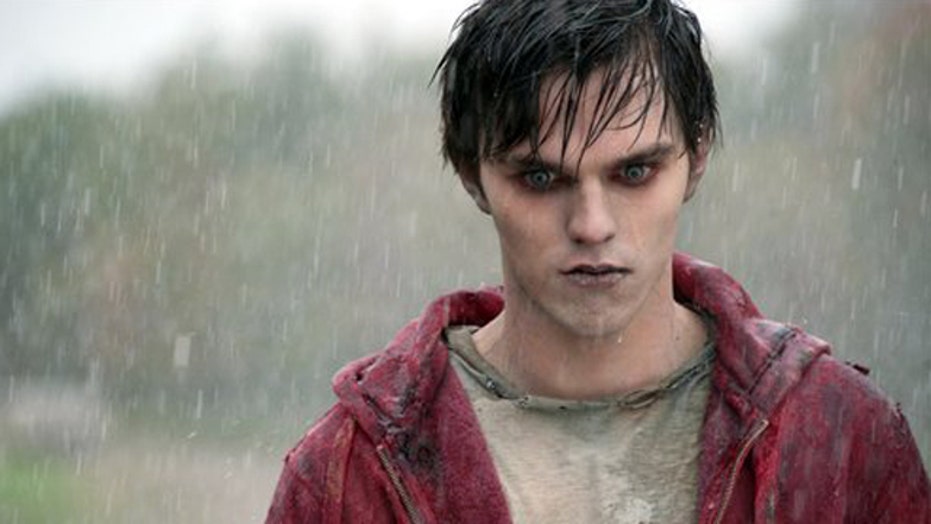 411 on the Big Screen: Ashley Dvorkin and Justin Craig chat this week's movies: 'Bullet to the Head' and 'Warm Bodies'

Parting with a pulse is such sweet sorrow, as evidenced in “Warm Bodies,” Jonathan Levine’s (“50/50”) quirky Romeo and Juliet in zombieland, a charming romantic comedy from the novel by Isaac Marion.

“Warm Bodies,” more than anything, is your typical millennial love story. The humor is topical and aimed squarely at tweens and the soundtrack is thumping from one classic tune to the next.

Nicholas Hoult (“X-Men: First Class”) is the heart of the film, though his character R, is unfortunately without a pulse, nor a hefty vocabulary. R – short for Romeo, eh? – shuffles and plods through an airport, his new post-apocalyptic home, grunting and growling at his fellow neighbors. But we, the audience, are privy to his intact thought process. Hoult gives us a glimpse into the mind of a zombie, and he sounds like a really nice guy.

After eating the brains of James Franco’s brother (yes, really), R inherits his memories, including those of his former relationship with Julie. R, feeding off Perry’s (Dave Franco) memories, falls in love, as much as a walking corpse can with the young woman. He whisks her off to his zombie-pad – the inside of an airplane – where he serenades her with monosyllabic sounds and Dylan and Springsteen tunes.

Realizing R isn’t such a bad zombie after all, Julie begins to reciprocate his feelings. Thus a fire begins to burn inside R, a catalyst that sets him off to feel, dream, reunite with his teenage angst and become human once again. But he’s not going alone. No, R is taking all his zombie-friends with him back to the living side.  Love, obviously, is the cure-all, including the zombie apocalypse.

Aussie actress Teresa Palmer (“I Am Number Four”) is Julie, who does a convincing job at finding humor and humanity in the lifeless R, while also trying to dissuade her father from putting a bullet in her new boyfriend’s dead head.

The great John Malkovich is terribly underused as Julie’s gung-ho zombie-killing military father. The character is just ripe for Malkovich to clean the screen with his offbeat humor, but unfortunately the role never rises above a moderate seriousness or cliché.

Levine’s script is more a fuzzy chuckle than laugh-out-loud funny. Comedian Rob Corddry is R’s zombie buddy, and it’s obvious the funny-man is just waiting to jump out of his dead skin and steal the show, but he’s never really given the chance. He’s serviceable, at best, with the occasional humorous moment.

Since the premise allows us to completely throw reason out the window, we are free to ask more tempting questions: Would you kiss a zombie, like Julie kisses R? Is love more potent a force than brain-breath? Can you really run faster with no skin?

But seriously, production values are ace. Javier Aguirresarobe’s cinematography adds a necessary gloominess while Marco Beltrami and Buck Sanders offer an eclectic score ranging from quirky to emotional, giving life to the lifeless.

Overall, “Warm Bodies” doesn’t break any new ground or change the face of zombie cinema. It’s just a fun, hokey love story… with a bite. A perfect date film, you know, for those who love to love zombies.