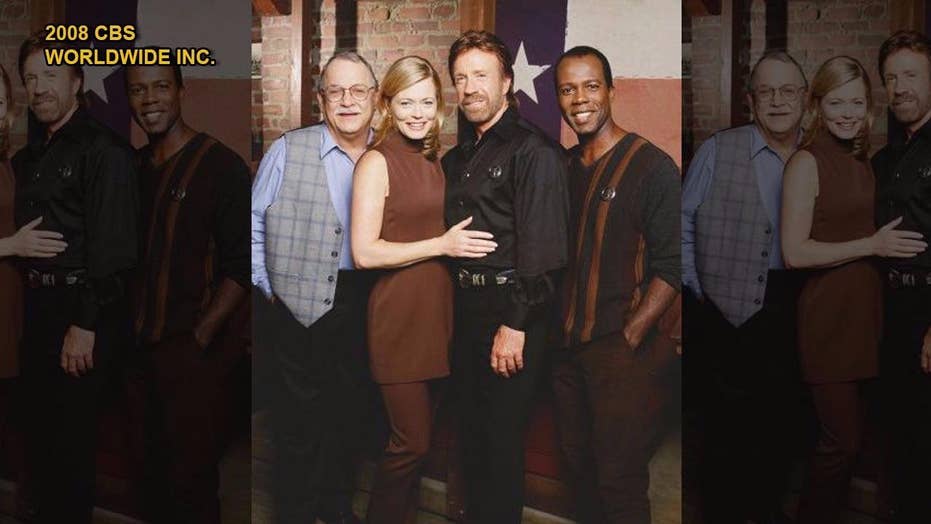 Fox411: 'Walker, Texas Ranger' actress says Chuck Norris was originally ticked off by the 'Chuck Norris Facts' jokes but has since learned to love them

Chuck Norris may be celebrated actor, martial arts champion, and beloved veteran of the Air Force, but to many young fans, the red-blooded American hero is an Internet sensation.

In 2005, a series of jokes known as “Chuck Norris Facts” began to circulate on the Internet that focused on his heroism and superhero strength.

However, the 77-year-old (whose real name is Carlos Ray Norris) wasn’t laughing — at first.

“He didn’t know if they were just making fun of him at first,” Sheree J. Wilson, his co-star on “Walker, Texas Ranger,” told Fox News. “He was like, ‘What’s this about?' And it turned out to be the fact that people really admired him. Revered him. Like Chuck Norris doesn’t do push-ups, he pushes the earth down. Chuck Norris can cure cancer with a single tear. They’re just so funny.”

Once Norris got in on the joke, he came to love the "facts."

“We had a ball just laughing, making up Chuck Norris jokes,” said the 58-year-old actress. “He can laugh at himself. He’s the real deal… He’s very familiar [with the memes]. I think somebody sent me a T-shirt that has 100 jokes about him on it. I am going to wear it the next time I see him.”

Wilson’s lasting friendship Norris has endured since “Walker, Texas Ranger,” which ran from 1993 until 2001. They first met on the set of the film “Hellbound” in 1993, which was directed by sibling Aaron Norris.

Wilson, who initially believed the movie was going to be shot in Chicago, was being relocated to Israel and she had to fly out in three weeks. But before then, casting director Mary Jo Slater recommended Wilson to CBS for the role of D.A. Alex Cahill, resulting in an audition. However, Wilson had no idea who else was starring in the series.

“About five weeks of being in Israel, Chuck walks on the set and he looks like the cat that swallowed the canary,” she recalled. “He’s smiling at me, got his arms crossed, and laughing. He said, ‘You’re not going to believe this. Seems to me that they sent me these audition tapes for the top people for my TV series… Seems like they want this girl name Sheree Wilson to play the D.A.'

"We had the biggest laugh. We left Israel on December 21 and by January we were in Texas filming. We had already worked together for three months, so we worked well together and it was seamless.”

And Wilson insisted Norris is very much the iconic persona recognized by fans.

“He is the real deal,” she said. “So when he says don’t cross that line or you might get kicked in the face, he means it. It happened on occasion with some amateur little guys that got too excited being in a scene with Chuck Norris. But he’s such a strong family man. He cares so much about children.

"It started with the Kick Drugs Out of America program… He’s taken so many inner city kids off the streets, out of gangs, and turned their lives around. He’s a completely dedicated family man to his own family, as well as a much bigger, extended family… He cares about our vets, cares about our country. There’s no surprise about him except he has a great sense of humor as well.”

And even though “Walker, Texas Ranger" came to an end 16 years ago, it lives on. Wilson pointed out it’s still on the air worldwide and fans are finding inspiration from it now more than ever.

“There’s so many scary things happening right now in our world,” she said. “There’s a lot of terror and terrorists… People still want to know that the good guys are winning. And in our show, that was very clear. There are good guys and there are bad guys.

"And the good guys always win and the bad guys will get kicked in the head... It’s just a little bit of hope for the good. And it’s good morals and values. That’s what our show is about… It has a massive appeal for just that, some moral fiber and hope in the world.”