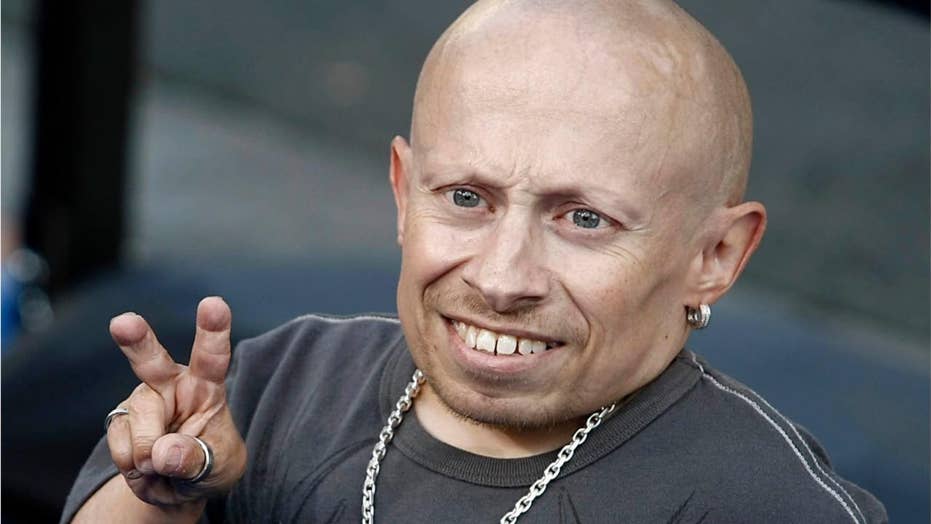 Verne Troyer spoke to Fox News in 2011 about a new web series he was developing "about the difficulties in Hollywood for somebody who gets stereotyped all the time."

He explained, "It's me trying to make my way."

Sadly, Troyer became the latest in a long line of little people in show business to die at an early age.

The Name is Verne... Verne Troyer

In a statement provided to the public on social media, Troyer’s representatives described him as "a fighter" who ultimately became overwhelmed by depression. He was 49.

“Depression and suicide are very serious issues. You never know what kind of battle someone is going through inside,” the statement continued.

Although no official cause of death has been released, the statement suggested the “Austin Powers” star took his own life. If so, he isn't alone in his struggles. Others like Troyer have fallen victim to medical complications, substance abuse, and suicide.

According to the Little People of America (LPA), dwarfism is defined as a medical or genetic condition that usually results in an adult height of 4’10” or shorter. The condition often carries orthopedic and other medical stresses that can result in chronic pain, multiple corrective surgeries and other constant treatment methods.

And as Troyer told us, Hollywood can add an extra layer of issues.

An article from The Hollywood Reporter that examined the struggles little people face in the business noted that 20 percent of the 10,000 little people in America call Los Angeles home. With job opportunities scarce for people with dwarfism, acting tends to be a big draw for people in the community. But even a successful career isn't always enough.

David Rappaport, the first little person ever to star in his own television series, CBS’ “The Wizard,” struggled with his fame. He took his own life while his career was still in full swing, including regular appearances on “L.A. Law.” As the Los Angeles Times reported, friends and family had no clue he was depressed before his suicide.

David Rappaport was the first ever little person to star in his own television series. (YouTube)

“Fantasy Island” star Herve Villechaize, known as Tattoo, the sidekick to Ricardo Montalban’s Mr. Roarke character, died of a self-inflicted gunshot wound in 1993. The star left a note saying he was distraught over long-term health problems stemming from his dwarfism.

"Fantasy Island's" Herve Villechaize died of a self-inflicted gun would in 1993. (YouTube)

In addition, some other little people in the entertainment business have faced substance abuse problems, although the LPA notes that people with dwarfism are not predisposed to any substance abuse issues.

Henry Nasiff Jr., also known as the "Angry Drunken Dwarf" on “The Howard Stern Show,” died in 2001 at age 39 with ethanol abuse listed as the cause of death. And a performer by the name of Kimberly Tripp, who performed an act impersonating Kim Kardashian, died in 2016 from complications due to chronic alcohol abuse.

Prior to his death, Troyer was public about his struggles with alcohol, including two rehab stints, following his meteoric rise to fame in the “Austin Powers” franchise.

Still, a great many continue to thrive in Hollywood despite the struggle. The LPA notes that what’s true for one person with a type of dwarfism is not necessarily true for another as the condition is genetic and takes many different forms. Many live long and happy lives.

Peter Dinklage earned Emmy attention and fans all around the world for his acclaimed and highly-beloved role as Tyrion Lannister on HBO’s “Game of Thrones,” in addition to his respected film work.

Peter Dinklage as Tyrion Lannister in HBO's "Game of Thrones." (Macall B. Polay/HBO)

And TLC and Lifetime have become a haven for reality TV shows depicting the daily lives of little people, bringing not only stars to the forefront of the conversation, but dwarfism in general.

Some members of the community say more work must be done.

“Every time a part comes up for a little person, the competition is fierce because they just don’t write enough roles for us. It’s terrible. And the roles are not good at all,” “Bad Santa” actor Tony Cox told the outlet. “People don’t realize what we go through.”